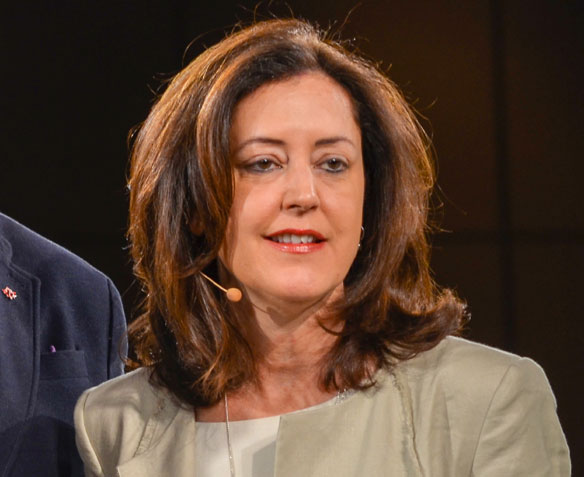 On the bright side, Canada has been setting new international visitation records of late. On the not-so-bright side, we’re still mired in 17th place on the UN World Tourism Organization’s (WTO) most-visited list, but the Tourism Industry Association of Canada (TIAC) reckons a top ten placing is in the cards with the support of the entire federal government.

TIAC’s chief exec Charlotte Bell told the recent TIAC tourism congress in Gatineau, QC, “Globally, tourism is the fastest, growing sector, and the WTO estimated 1.3 billion people travelled the world in 2017. Here, in Canada, we welcomed a record 20.8 million international travellers and, in the first eight months of this year, we’ve seen another 1.5% increase.”

“Even with this positive momentum, Canada still ranks 17th in the world,” said Bell, who added, “We have numbers worth celebrating, but we’re still lagging behind because our competitors outpace us in terms of growth through investments and policies.”

Bell explained, “For me, a top takeaway from last year’s OECD meeting was when Portugal’s prime minister declared that, in her country, “every minister is the minister of tourism.”

And she declared, “It’s very simple. When the government makes tourism a priority because of its contribution to jobs and the economy, all ministers take notice, and decisions that can impact tourism are considered through that tourism lens.”

The TIAC CEO recalled, “The government’s New Tourism Vision, launched in 2017, has three goals: Re-entering the WTO’s top ten by 2025, increasing international visitation by 31% and doubling the number of tourists visiting from China.”

“So, when the PM included tourism on the agenda for the annual cabinet retreat, we hoped this signaled the beginning of stronger tourism collaboration between departments.”

Bell noted that the new federal tourism minister Melanie Joly had “wasted no time reaching out to stakeholders and has begun a process to develop a new tourism strategy for Canada.”

In a message to delegates, Joly stated, “This year’s gathering comes at a time of growth for Canadian tourism which employs almost 10% of the country’s workforce and is the largest employer of youth.”

But she added, “We can do so much more. Canada has an enormous opportunity to draw far more visitors, and we need to continue to unlock this potential. We know that to succeed we need the entire industry to engage with us because together we are stronger.”

Turning to some of the issues TIAC has already addressed in order to drive growth, Bell said, “We lobbied successfully to get seven new visa application centres in China at the end of 2017, in order to allow for millions of new potential visitors.”

“We’ve seen a 47% increase in the number of visitors from Mexico since the visa lift we lobbied for. We now have more direct flights to cities across Canada than ever before and almost 600,000 Mexican travellers have applied for electronic travel authorization since 2016.”

“Over a three-year period, we managed to get Destination Canada’s funding back at $95.5 million per year, which allowed DC to get back into the US and increase efforts in key target markets.”

“We’re also becoming more innovative in how we attract new visitors. For instance, we know all too well the importance of Chinese payment methods for those visitors. We’re in the third year of our partnership with Union Pay, and, this past June, we signed a memorandum of understanding to promote tourism businesses in Canada with ‘China ready’ payment methods.”

“We’ve lobbied forcefully for more visa application centres and will work directly with Immigration to ensure biometric requirements do not hamper tourism growth.”

“And we also lobbied successfully for more funding for Stats Can to increase our understanding of visitor patterns by province.”