Home › Digital Post › The new WestJet – it’s all about choice

The new WestJet – it’s all about choice

You might say that Christmas came early at WestJet this year, as the Calgary-based carrier showcased the interiors of its new 787-9 Dreamliner and offered a detailed update on what to expect from the airline in 2019 during its second Investors Day event in Toronto earlier this month. 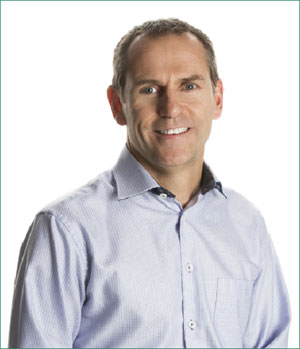 Tim Croyle, interim executive vice-president commercial for WestJet, told Canadian Travel Press in an interview following the event: “We had a mockup with a Business Class seat. We had two rows of Premium Economy and then two rows of Economy to showcase just what the whole product and experience was going to be like on our new Dreamliners.”

WestJet’s 787-9 Dreamliner will feature a Business Class with 16 lie-flat pods offering all aisle access; a separate 28-seat Premium Economy cabin; and a 276 seat Economy cabin – and the whole package comes with lots of nifty new features and amenities in each of those cabins.

“The reaction has been great,” Croyle said, noting that the event provided those attending with an opportunity to “see and touch the product versus just watching the video, so to speak – so it was a very positive reaction.”

Along with the excitement of checking out the new WestJet product, the early December event also gave the airline an opportunity to talk about 2018 and the fact that it has been a “tough year.”

Said Croyle: “There was a confluence of different factors that came together and those were primarily high fuel prices – very high fuel prices year-over-year, in excess of 30% growth [increase]; the threat of a pilots’ strike; and then, thirdly, very aggressive competition. We’ve kind of made our way through those factors which resulted, obviously, in our Q2 loss and then there’s been a lot of changes within the team.”

Plenty of experience
He pointed to WestJet’s new CEO, Ed Sims; the recent arrival of Jeff Martin as chief operating officer; and in early January 2019, Arved von zur Muehlen will come on board as the airline’s new chief commercial officer.

“When you look at our executive team now, we have experience from all around the globe, from all different airlines – from the likes of Southwest, Jet Blue, Air New Zealand, British Airways, Qatar and we’ve got experience from ultra low cost carriers, traditional low cost carriers, as well as global, full service carriers. Combined, there’s about 150 years of aviation expertise in our executive team, so we feel very, very confident that we have the right team,” Croyle told CTP.

Croyle also explained that: “If you look back 5 years at WestJet, we had at one point, one product, one seat type, one fare type and we had like a vanilla product that we offered to everybody. Everybody doesn’t want vanilla so we now have, if you look at the brand, we have WestJet and then we launched Swoop which caters to the folks who really want the absolute cheapest airfare to get them from A to B and services that end of the market.”

He continued: “On our aircraft, we now have our economy seat. We have premium economy. And we have business class. So we can offer a guest different experiences on the plane, different products depending on what they’re looking for.”

The change continues, with Croyle telling CTP: “We also recast our fare offering in September, so we now have seven fare families. We have Basic, which has restrictions – no WestJet Dollar accrual, no change/cancel, but it’s the cheapest possible fare, so we’re still committed to having low fares on the market. We then have our Econo fare and our Econo Flex, so it’s got more flexibility. And then we have Premium for our Premium cabin and Premium Flex. And then we have Business and Business Flex. So, again, we’re offering our guests a greater variety of the type of fare they want to buy to suit their needs.”

Loyalty rewarded
But there’s still more. Said Croyle: “We will be recasting our Rewards Program and launching, later this month, a new tier called Platinum which is above Gold, because we have a lot of members who reached their Gold status and beyond that, and we want to keep them engaged and reward them for their loyalty.”

He explained: “The new Platinum level is at a higher threshold – that’s an $8,000 qualifying spend – but along with that you’ll get an 8% earn rate on your rewards. So for every $100 you spend, you’ll earn eight WestJet dollars, so that’s a pretty high earn rate. As well, there will be all the priority features through the airport – like priority check-in, priority screening, priority boarding, lounge access. We’re also going to have an upgrade system that we’ll launch early next year [2019], and they [Platinum level members] will have the highest priority for upgrades into the Premium Cabin.”

The recasting of the Rewards Program, Croyle said is all part of the expanded choice the airline will now be offiering, observing: “You’ve got the brand segmentation, the cabins that we can offer people, the fare products and then reward them based on their loyalty with different segments.”

“For the trade,” Croyle said: “it’s going to help the agent sell because before we only gave them vanilla to sell and not everyone wants vanilla – it gives them more choices to match the right product, the right fare to the right guest.”

Stronger partnerships
At the same time that WestJet was gearing up for its Investors Day event, it was also announcing an expanded codeshare arrangement with Qantas, with Croyle telling CTP: “So previously we had a codeshare with Qantas, but it was more codeshare where they would sell into our network, and this [new codeshare] now gives us the ability to sell into their network beyond L.A. So now if we have a guest who wants to go from Calgary to L.A. or from anywhere to Australia, we can connect them through L.A. onto Sydney, Brisbane and Melbourne on the Qantas network.”

But there’s more, with Croyle explaining: “The other part of our growth strategy is we are forging deeper, stronger relationships with our key partners. So, rather than trying to expand our network just on our own, we can expand using partnerships. Qantas is just one example of asking it to offer our guests service into Australia without us actually having to fly there at the moment.”

He continued: “The same thing goes with Delta. You know we have our Delta Joint Venture, and we’ve filed for regulatory approval and that will be approved next year. We’re in early discussions with Air France/KLM for a transatlantic JV which will hopefully be a part of that. And we also announced earlier this week that we’re extending our strategic partnership with MasterCard for our co-branded RBC and WestJet MasterCard which is performing fabulously.”

Leading one to wonder whether WestJet is on the threshold of becoming a member of a global airline alliance.

“That’s a good question,” Croyle responded, noting that it was one that came up at Investors Day. “Our view has been that with alliances when they started – whether it’s oneworld or Star [Alliance] – they’ve become very big and what’s happened is within the alliance, they’ve formed joint ventures and really, if you’re not in the joint venture, you’re not getting the benefits. Our view has been that we’d rather pursue the right joint ventures in the right market because we believe there’s a lot more power in that then there is just joining an alliance.”

Final thoughts
With all that’s happening, it’s only natural to wonder where WestJet Vacations fits in, with Croyle telling CTP: “We’ve been very successful in the traditional package vacation market here in Canada. Obviously, as we grow our network beyond our borders- part of our goal is not only to take Canadians to the world, but to bring the world to Canada. So- we will be seeking to expand our product offering- so that we can offer hotels, cars and packages, not only to Canadians going to Paris or Dublin, but also to the inbound market coming to Canada. Part of our role is to bring the world to Canada and showcase the best of what it has to offer.”

So what’s the take-away from all of this?
Says Croyle: “I think for agents it would really be that whole message of we are offering you and your client the choices between our brand, the choices between the different cabins that we are going to offer and all the different fare products, as well as our different Reward program levels – it’s really giving people more choice, so they can better find the right product that suits their wants or needs.”