UIA takes off from Toronto 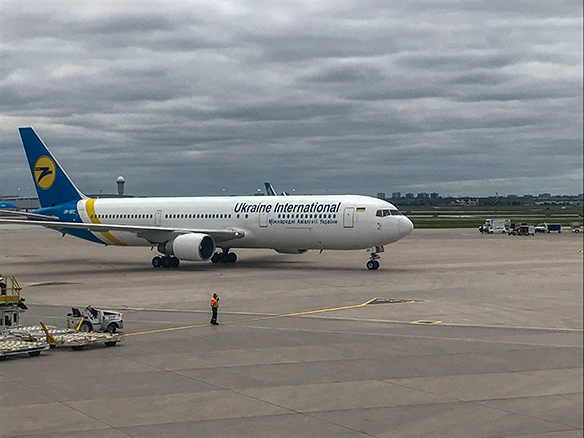 Ukraine International Airlines has begun a long-awaited goal of serving as an airborne link between this country and Ukraine.

Ukraine International Airlines president Yuri Miroshnikov told a gathering at Toronto’s Pearson International Airport that he promised direct Toronto-Kiev flights in 2016 and held out the possibility of increased service between the cities.

“I’m pretty sure this is only the beginning,” he said, adding passengers will find “excellent connections” in both the Ontario and Ukrainian capitals.

Roman Waschuk, this country’s ambassador to Ukraine, said he would encourage “as many of you as possible to take advantage” of the new service, while his Ukrainian counterpart, in turn, said he wanted to “make tourism between our two countries a true avenue of friendship.”

Howard Eng, president of the Greater Toronto Airports Authority, said Pearson is expected to see major growth in traffic in the coming years. “We’re pleased and proud to now count Ukraine International Airlines as a partner in this growth,” he continued, adding he is “looking forward to being able to fly to Kiev.”

Eng also said he expects the new service will lead to more business, tourism and cultural exchanges between Canada and Ukraine.

Meanwhile, GreGG Truman, Ukraine Interna-tional Airlines’ North American manager, said he’s completely confident that Ukraine is a safe destination for tourists. The country has at times made news in the past couple of years because of clashes between Ukrainian troops and pro-Russian forces in a part of Ukraine. The area of Ukraine where pro-Russian forces may still be found is so small that it’s “physically a non-factor” and that area is sealed off, with neither tourists nor Ukrainians able to enter it, he said.