Uncovering the beauty of India

Making travel a force for good on G Adventures' itineraries 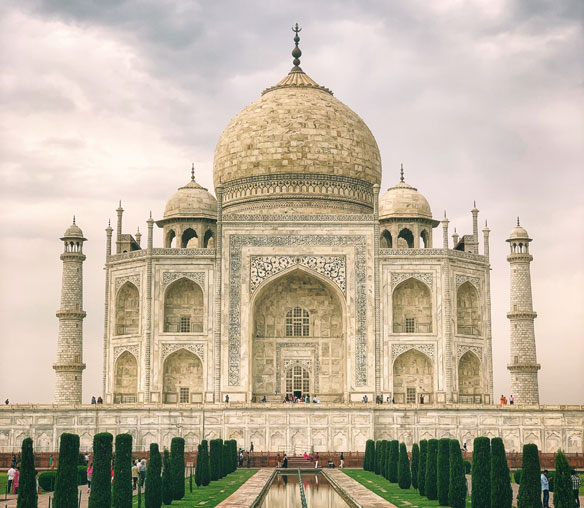 Minutes away from the most visited landmark in India is a small unassuming café without prices on the menu. After admiring the Taj Mahal and learning about the love story behind the iconic white mausoleum, which was built by the order of Mughal emperor Shah Jahan in memory of his favourite wife, travellers can head to Sheroes Hangout in Agra for a cup of Masala milk tea and experience another kind of beauty: the strength and resilience of women like Rupa, Bala, Geeta and Neetu. 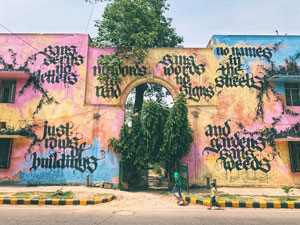 A short documentary with English subtitles introduces guests to the heartfelt personal stories of the acid attack survivors behind the pay-what-you-can café – including the distressing truth that most of them were attacked by members of their own family.

Wearing white t-shirts with the slogan “my beauty is my smile,” the women are all united by a similar horrific incident that changed their life. Neetu and her mom Geeta were attacked while they were sleeping by her father. Her younger sister died in that same attack. Khushboo was also attacked by her father after she had reported him to the police for sex trafficking young girls in his home.

The heinous act is meant to disfigure, embarrass, or even kill the victim. All too commonly, acid attacks occur after women reject advances and rebuff a male suitor. 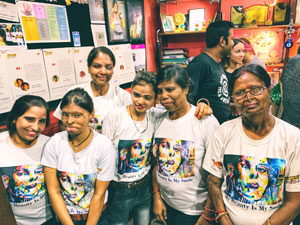 But this isn’t a story of pity. It’s a story of community, belonging, perseverance, triumph and courage. With the underlying goal of stopping acid attacks and violence in India, Sheroes Hangout provides employment for survivors in a supportive environment that promotes social integration.

“After [the] attack, I was looking for a job, but all recruiters denied [me] after [they] saw my face,” says one of the staff members, Madhu. “Sheroes is the place which is helping me and my family.”

Since raising awareness of acid attacks, there haven’t been any cases reported in Agra, the home of the first Sheroes Hangout, in the past two years.

Visiting the café with adventure travellers from around the world started out as a recommendation by a local G Adventures CEO (that’s chief experience officer – the name for a tour leader) who had learned about it, and has since grown into a regular stop on itineraries in Agra. The café makes enough donations from visitors to sustain its staff and provide a livelihood for their families.

“We obviously run tours like everybody else and everyone wants to see the Taj Mahal, everyone wants to see the tourist attractions, but how we look at everything else around it is what makes us special,” says Bruce Poon Tip. “We’ve evolved in our thoughts, as to the potential that we as an organization, can have in local communities. People are going to the 40 poorest countries in the world and spending money on holidays, but we’re showing a model where local people can benefit, where we can create wealth distribution, and tourism can be that poverty mitigation.”

Making connections
For G Adventures travellers arriving in Delhi, making a difference starts as soon as they arrive at Indira Gandhi International Airport. Prior to kicking off their tour, visitors are taken to their hotels by Women on Wheels, a program run by the Azad Foundation which trains and works with disadvantaged women from resource-poor backgrounds across India to become professional drivers. Not only does the social enterprise challenge gender roles and employment norms in India, the program also provides safe transport for visitors, particularly beneficial for solo female travellers. 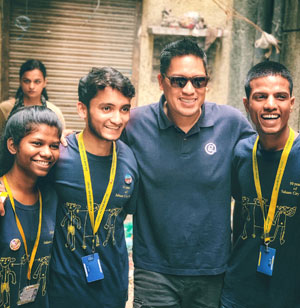 “It’s an amazing project for us,” says Poon Tip. “As a business that runs tours, we’re constantly striving for differentiation and how we differentiate ourselves from other companies, it starts from the minute you arrive, when you are picked up from the airport with the women on these projects. From the minute they arrive, our customers are having a positive impact.”

Planeterra contributed funding for the operational fleet, as well as resources for the Women on Wheels training program; meanwhile, G Adventures helps ensure the women have customers: by matching them up with their passengers on arrival. 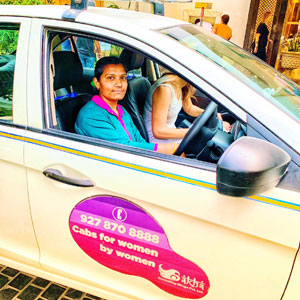 Vadera notes many of the drivers have escaped abusive relationships and some are the main breadwinners in their family. As an example of a success story, she points to Shanti, a mother of three who was able to create a better life for her family.

“She went through our training program, and, in her own words, she once told me when she was going through one of the trainings, which talked about women’s rights, she realized how much she was being unfair to herself by continuing to accept violence in her own life,” she says, adding that it took her more than 10 months to find the courage to walk out of her abusive marriage and live on her own. “I know that for her daughters, the trajectory of their lives has changed. The options in front of them have changed. They’re no longer those scared young girls waiting for something bad to happen in the night.”

Today, Shanti is one of three drivers in Delhi working for the US Embassy. Meanwhile, other women have left the program to escort celebrities or work for the likes of luxury hotel companies.

Walk this way
With more than 18 million kids living on the streets, some 100,000 in Delhi alone, India has the highest concentration of street children in the world. Here, Planeterra partners with Salaam Baalak Trust, which translates to a trust that “salutes the child,” an organization offering housing, counselling, education, and support to over 5,000 children in New Delhi who were homeless or orphans.

Every G Adventures tour in Delhi takes part in its a “City Walk” program, a youth-led walking tour that lets travellers uncover another side of the city led by former street kids who are carving out career skills in the tourism industry.

“Years ago, we decided to change our city tour. We wanted to create something different,” says Poon Tip. “We all know in the travel industry there are these massive companies that operate colossal city tours every day, and we wanted to create something different… How we look at a city tour has transformed the experience. These kids show you Delhi through their eyes, it’s a very different city tour. They’re trying to repurpose their lives, to learn English, to learn about the rest of the world; they love our travellers and getting to know amazing people around the world.”

It’s here we meet Anny Anthony, a passionate 18 year old who dreams of visiting NYC. As she guides us through the bustling streets of Delhi, we get to see a glimpse of the city not many travellers uncover. It’s not about the glamorous sites like the Lotus Temple, but provides a real look at what life is like behind the scenes as a former street kid and how tourism is benefiting the organization, and its members.

When asked about her future ambitions, she’s quick to exclaim, “I want to open my own travel agency like Bruce.”

I always say: one life is not enough to know India.”

With 40 tours to choose from across India ranging from a three-day extension to the 54-day Indian Odyssey by Rail, and spanning travel styles like Nat Geo Journeys, wellness and tailor-made trips, there are plenty of options to find the right trip for a client, whether it’s their first or fourth visit to the destination. 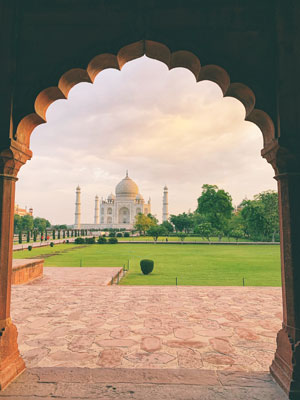 “When you look at India, of course, every body needs to see the Taj Mahal. It’s like coming to Toronto for the first time and not seeing the CN Tower,” says Jackie Garrity, product and operations partnership manager at G Adventures. “There are the standard highlights that everyone wants to be able to check off their list. The great thing that I like about India is you can have a tour that has the expectations that everyone has, but then you can get really off the beaten path.”

As a huge country that’s vastly different from North to South, she says agents have the potential of generating repeat bookings to India after travellers embark on their first visit.

“What I find in particular with Canadians is they really want to get in there and dive into the cultural side of things, and I think that has such a great appeal,” she says. “We want happy passengers who are going to come back again and again. There are so many different experiences or regions that people will travel to India a second, a third, even a fourth time and go to a completely different region and still have an amazing experience. That’s really great to the agent, because they have that repeat passenger. It’s a win for the agent and it’s a win for us.” 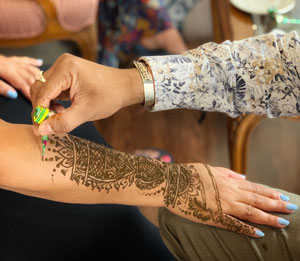 Along with its reasonable price point and diversity of experiences, she says the stand-out feature on a tour is their CEOs.

“You have this incredible local person who is so passionate about their country and what it has to offer,” she says. “I have designed the most incredible tour with the incredible inclusions, but it’s the delivery on the ground. I will always go back to our CEOs being our most incredible assets for delivering these type of experiences.”