For too long, jobs in travel and tourism have been thought of only as low wage, seasonal, frontline, and temporary. But tourism has an infinite variety of incredible career paths. The Tourism Industry Association of Ontario (TIAO) is spreading the word on the interesting, fulfilling, and diverse careers tourism has to offer. Meet four inspiring leaders of industry and learn how they got to where they are now… 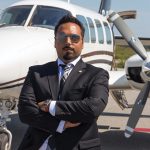 At the age of 14, Chris walked into an airport and talked his way into a part-time job. Over the next several years, he trained to become a pilot and eventually graduated from York University with Aircraft Mechanics Engineer and Communications degrees. Having started on this career path at such a young age, he has already held positions like Commercial Pilot, Flight Instructor, Delegate to the Minister of Transport in Civil Aviation, and now CEO of his very own airline. FlyGTA, based in downtown Toronto, offering international charter flights, scheduled air taxis around Ontario, and airtours throughout the GTA, Niagara, Tobermory, and Muskoka.

Coolest part of your job?
One day I’m flying an airplane, the next day I’m in Europe, then I’m in the middle of nowhere to inspect an airplane. It’s very cool to be in such different roles day after day.

Best advice for those starting out in the tourism industry:
Don’t listen to others about how things are or should be. Be an innovator. Be a disruptor. 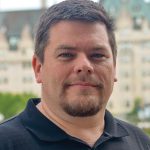 While studying history at Queen’s University, Glen had the opportunity to spend some time in England and noticed the popularity of ghost walking tours. Realizing there wasn’t anything like this in Canada, he returned home and created a summer job for himself between semesters. An incredible 24 years later, Haunted Walks has grown into Canada’s largest walking tour company with tours in Kingston, Ottawa, and Toronto.
Coolest part of your job?
The very best part is seeing new, and even returning, visitors learn a cool, fun, interesting local story and take away a
genuine memory.

Proudest moment?
Winning the 2016 Ontario Tourism Employer of the Year award for innovative hiring and HR practices. We don’t accept resumés or hold interviews, instead we host auditions to find the right talent with the right attitude. That award was an acknowledgement of the good work we do that people might not see.

Best part about working in tourism?
You’re able to see things from someone else’s perspective. It’s a rejuvenating experience.

Best advice for those starting out in the tourism industry:
Get as much advice as you can from mentors and then don’t be afraid to ignore that advice and do your own thing. 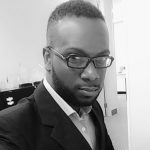 Tourism is Donovan’s second career. He spent nine years working as an Assistant Registrar at the Council of Community Colleges of Jamaica in his hometown of Kingston before making the move to Ontario with his wife and daughter. After a two-year post-grad at Centennial’s Hotel Operations Management program, he landed an internship with the Tourism Industry Association of Ontario (TIAO) and was quickly promoted to a full-time staff member. His daily work includes growing the organization’s membership, managing the office, and assisting in major tourism and advocacy events. It’s true that this side of the tourism industry sometimes goes unnoticed, but it is nevertheless instrumental in shaping the business landscape of Ontario, and Donovan is proud to be a part of it.

Best part about working in tourism?
Tourism advocacy is often overlooked and underappreciated. However, I get satisfaction from knowing that everything I do, from sending an email to planning a major event or seeing a project through to fruition, contributes to Ontario’s growing economy and has the potential to change lives.

Coolest part of your job?
Getting to meet and work with a broad spectrum of people. Because tourism intertwines with every other area of business, I get to meet a lot of interesting people who do amazing things

Best advice for those starting out in the tourism industry:
Be open to new experiences and never stop learning.

To meet more of Ontario’s tourism industry leaders with some of the coolest jobs around, follow TIAO on Instagram @tiaogram and #TourismMatters. 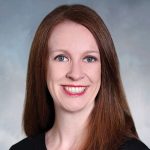 Lesley entered Fleming College’s Travel Merchandising program with a mind wide open to the exciting opportunities a career in travel offered. Upon graduation in 2000, she completed a four-week internship at the British Tourist Authority that ultimately led to three different roles over eight years. In 2008, her passions for shopping and travelling collided when she saw that Vaughan Mills was hiring a Tourism Manager. She knew she found her dream job. She worked at Vaughan Mills for five years before joining Oxford Properties as Yorkdale’s inaugural Tourism Manager. Retail tourism gives her the opportunity to work on interesting projects and unique partnerships, like Yorkdale’s 50th anniversary or creating an exclusive shopping experience for a large delegation of MICE professionals from China, or introducing new concepts like the Food District at Square One.

Coolest part of your job?
Every day is something new. Retail tourism is a relatively new concept; it’s about what’s new, what’s next, and is a vertical of tourism with unlimited potential. Plus, I love working with people.

Proudest moment?
One of my greatest accomplishments was being a part of the team that launched the shopping shuttle from downtown Toronto to Vaughan Mills. It still exists today.

Best advice for those starting out in the tourism industry?
Network. Create a business card, meet people, be proactive, introduce yourself. You just don’t know what opportunity might come from making that connection.