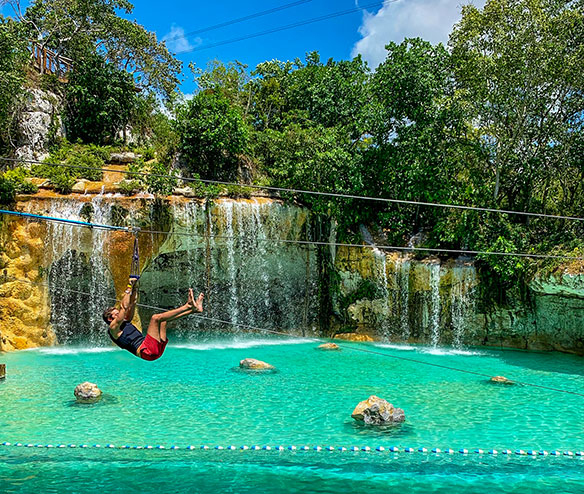 The Dominican Republic is coming off a record-breaking year for tourism, thanks in large part to Canadians.

Speaking at the recent 20th Dominican Annual Tourism Exchange (DATE) in Punta Cana, Paola Rainieri de Díaz, president of the Dominican Republic Association for Hotels and Tourism (ASONAHORES), announced a 6.2% increase in overall tourism to the country in 2018, with 6.5 million tourists.

Not only does the growth represent 380,000 additional arrivals compared to 2017, but the figures exceed the world average growth rate and represent 20% of all travel to the Caribbean in 2018. Overall, growth from North America – the top market for the D.R. – exceeded 8%.

On hand for a grand opening ceremony and inauguration event at the newly opened The Grand Reserve at Paradisus by Meliá, which also featured the president of the Dominican Republic Danilo Medina, Francisco Javier García, minister of tourism of the Dominican Republic, credited the growth in large part to the maturity and authenticity of the country as a tourist destination.

Canadian high
Following a ribbon cutting ceremony, several suppliers were honoured during the second edition of the DATE Awards, which are geared at recognizing those who made significant contributions to the development of tourism in the country. Notably, Sunwing Travel Group was named this year’s Best Tour Operator.

According to the Dominican Civil Aviation Board (JAC), one of the topmost trafficked flight routes was Toronto to Punta Cana. 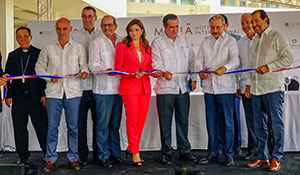 Although the destination has received some negative publicity recently on the security front, Garcia pointed out that the number of visitors the D.R. receives each year should speak for itself.

“We are getting prepared to welcome visitors from all over the globe and the objective of our President in the upcoming years is to receive 10 million visitors, we feel we are getting closer to that goal,” she added.

Dubbed the most important event for the tourism industry in the Dominican Republic, this year’s show saw a record 750 delegates, 120 tourism businesses, 40 sponsors and 40 journalists in attendance.

Food for thought
Rainieri de Díaz noted the Dominican Republic is also experiencing a revitalization, not only in its room stock, but also across the number of activities off the resorts and across its food scene.

“The D.R. cuisine has been evolving especially in recent years,” she said. “We’re seeing it not only the hotel sector, but the restaurants as well.”

Recently, Santo Domingo was again given the distinction of the Gastronomic Capital in the Caribbean by the Ibero-American Academy of Gastronomy and the Royal Spanish Academy
of Gastronomy.

“Above all, the Dominican Republic’s capital is rich in history and culture and offers world-class gastronomy,” said Garcia. “This prestigious award validates the capital’s success and recognition as the top destination for foodies.”

Roberto Henriquez, president of the Hotel Association of Santo Domingo (AHSD), said they are committed to gastronomy with a clear tendency towards quality, variety, and modern cuisine.

“The gastronomic movement in the city has generated an increasing number of events, which has given us the title of Gastronomic Capital of the Caribbean for the third consecutive year,” he added.

More from Meliá
Although 4,365 new hotel rooms came online in 2018, occupancy rates still jumped from 77.1 % to 77.6%. One of the newest additions to the destination is The Grand Reserve at Paradisus by Meliá.

Designed in the shape of a circle to symbolize wholeness and perfection, the resort features 288 rooms ranging in size from 800 to over 3,000 square feet and an additional 144 suites for members of Circle by Meliá, a luxury vacation club within the resort with added perks like a VIP check-in area and butler service.

Alvaro Tejeda Schroeder, regional vice president for the Americas of Meliá Hotels International said the resort strengthens both the brand and the destination, and “represents the highest range of the all-inclusive modality and the highest standard in resorts in the Dominican Republic.”

The $110 million property is the third Paradisus resort in the Dominican Republic and the seventh by Meliá. Its Dec. 15 opening coincided with that of the adults-only Meliá Punta Cana Beach Resort and the family-friendly Meliá Caribe Beach Resort, formerly the Meliá Caribe Tropical Resort, which underwent a $30 million refresh and expansion.

The all-inclusive hotel features 108 suites with direct access to the pool, including swim-out suites, and offers eight restaurants and six bars, the Maia Spa, a water park, a club for children and teenagers, a Fitness Studio and seven swimming pools.

“The latest developments in hotel infrastructure have contributed to the growth in the Dominican Republic,” said Garcia. “In 2018, the D.R. saw an increase of luxury developments and ended the year with a total of 80,526 hotel rooms.”

More growth underway
There’s significantly more growth underway in the destination, with 11 new properties coming online between 2019 and 2022. Marriott International has plans for a $350 million project in the Puerto Plata region, which are rumoured to include a Ritz-Carlton and a W. 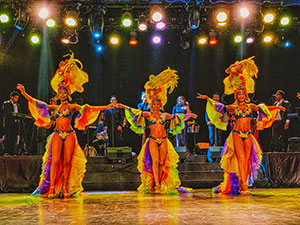 The closing party for DATE 2019 was held at Barceló Bávaro Grand Resort.

The Dominican Republic Port Authority also recently announced a $125 million cruise port is pending for 2020. The port will be able to handle 680,000 passengers per year. Five cruise lines are already planning on having cruise ships stop at the new port including Virgin Voyages’ Scarlet Lady.

Sun, sand and… golf
While many Canadians associate the Caribbean with sun, sand and sea, officials from the Dominican Republic also want to add golf to the top of its repertoire along with its 1,000 miles of beaches.

Alongside DATE, the Corales Puntacana Resort & Club Championship PGA Tour was simultaneously held. With a broadcast around the world to the tune of one billion viewers, Danilo Diaz, minister of sports and recreation said the tournament puts the destination on the world scale.

“The local impact is unmeasurable,” he said during a press conference. “And at the level of tourism, it’s the best tourism promotion we can have.”

Slated to open later this year, renowned golfer Greg Norman is in the process of constructing his first Dominican golf course in Santo Domingo. The 18-hole course is set on 1.1 million square metres.

Meanwhile a recent addition is the high-end Rio San Juan Golf Course at Playa Grande Golf & Ocean Club. The investors for this Rees Jones- design project contributed more than $1 billion with the hopes of creating one of the country’s best golf courses. 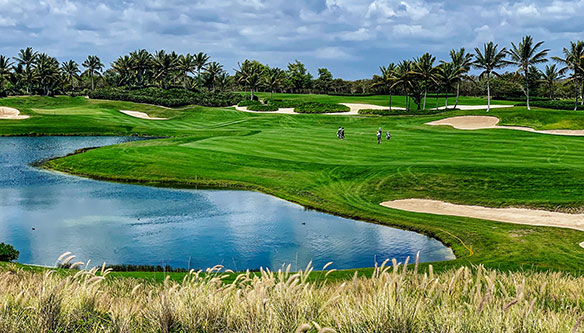