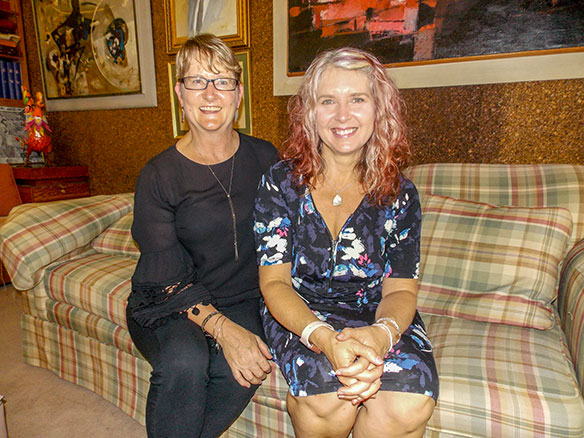 The Virginia Tourism Corporation (VTC) has taken its Canadian marketing activities in-house, picking Brigitte “Bri” Belanger-Warner as its new Canadian marketing representative.
In fact, Belanger-Warner has already been in Canada to meet with some of the state’s key travel agent and supplier partners.
Asked what the reason was for the move in-house, Belanger-Warner told CTP that there were “a number of circumstances” that led up to that decision being taking.
In rethinking its strategy, the VTC decided that because Canada was its number one international market for Virginia, “they decided that it made sense to hire someone internally to handle representation in Ontario and Quebec,” Belanger-Warner said.
The VTC’s Christi Braginton, who accompanied Belanger-Warner on her Canadian visit, noted that “we also hear a lot from tour operators and others that they like having that direct connection to the CVB or the DMO or the state. That really helps a lot in terms of making those relationships and connections, otherwise your’re always one removed essentially.”
However, Braginton also praised Sana Keller of Pulse Communications (which had represented the state for over 20 years), observing: “We would not be able to do what we’ve done without all that 20 plus years of leg work that Sana has done for us. We know that’s due to Sana’s expertise, but it just felt like to right time to take it in-house, and people really like it when there is somebody who is from Virginia that they are talking to because no matter how much information that we feed to a representative up here, it’s still hard to maintain that direct contact, like you can when you live there and you’re seeing the living product every day.”
As for the plan going forward, Belanger-Warner said the goal right now is to establish as many contacts as possible and meet as many people as possible.
She told CTP that during the seven years she was with the Charlottesville Albemarle Covention & Visitors Bureau, she established a lot of contacts across the state, “so I am very familiar with them and their destinations.”
But she added: “I want to get more familiar with the destinations. Understand what they are trying to promote. How they want to promote it [their destination]. See where partnership opportunities lie. And then on the other side re-establish – I have a number of contacts here – so that allows me to continue to push my knowledge further and extend my network with the trade here in Ontario and Quebec.”
And she observed: “I think for me, it’s really a wonderful opportunity because it brings together my love for Virginia and my knowledge and wanting to spread the word about the state where I’ve lived for the past 12 years.”
As for where the travel trade fits in the plan, Belanger-Warner told CTP that: “We want to maintain and continue to nurture these relationships. They’re very important, and I think that there is a huge opportunity there as well. We really want to educate them [the trade] as well, so they develop products that take advantage of all of the wonderful tourism assets that we have.”
In this respect, she pointed to the state’s wine trails, craft beer trails, food scene, outdoor activties and, naturally, Virginia’s rich history.
“There’s still a lot of education to be done,” she noted, “but that’s what I’m here for, and I’m excited to work with travel agents, tour operators – it’s an exciting mission for me.”
So what’s the message to the Canadian trade?
Well, said Belanger-Warner: “I would say that it’s that there’s more to Virginia than you can ever possibly imagine – so much more. So allow us to educate you and come and experience it for yourself because you will most definitely be surprised.”