Cutting through the clutter in search of the big surprise 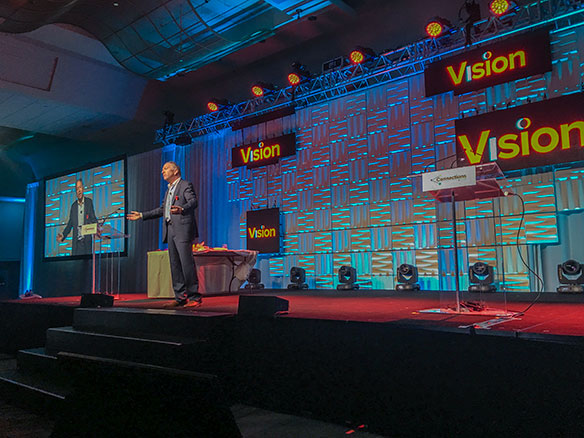 For those out there who believe that Vision Travel is only about corporate travel, you may want to have a bit of a chat with Lynda Sinclair, vice-president, leisure travel for Vision, who admits that this is a pretty common misconception about the company.
“I run into this all the time,” Sinclair told Canadian Travel Press, observing that people “do think of Vision as a very corporate company, and they really don’t understand how leisure fits into it. But five minutes on the phone with me and they get it.”
What they get is that of the $700 million that Vision will generate in 2017, one-third of that will be from its leisure travel business, although that shouldn’t be surprising when you consider the company’s origins.
“How does leisure fit,” asks Sinclair, “ Lots of different ways. That’s where the roots of the company are. We’re a third-
generation travel company that started as a leisure company in 1953 on Yonge Street [in Toronto], and it was leisure travel that we sold.”
And she continues: “Most of us, funny enough, started in leisure as good old, front-line agents. So again, once we start talking to people, we kind of exude that; we understand it [leisure travel]; we get it.”
Not only does Vision get it, but as Sinclair explains it, the company’s corporate and leisure businesses “play off one another.”
“The airline contracts that are around that we have because of the corporate millions of dollars that we do, the leisure advisors get to benefit from that. The hotel programs that we have at the different levels, the leisure advisors get to book into those rates. And then the high end – the high-end leisure stuff – the Four Seasons, the Peninsulas, the Mandarins – often the corporate executives are staying in those, as well as our luxury travellers – so we move up the ladder with better commissions, better amenities, really fast because we’re combining $700 million worth of sales into all those different areas.” 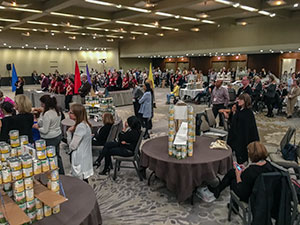 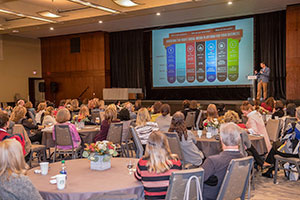 Changing landscape
While Vision’s leisure operations are certainly in a good place these days, the landscape of the leisure market is constantly changing, with Sinclair telling CTP: “Way back when – 30-odd years ago, when I started – we truly were agents. We took orders from people and they let us plan [their] holidays all on our own. We got the OAG. We found the flights. We did it all.”
With the arrival of the Internet, consumers had access to a host of information that previously only agents had access to.
Sinclair said: “We kind of changed our name to become travel counsellors because they [the consumer] knew things. Certainly in the 1990s, they became aware of things, so then we started to counsel [them].”
As for today, Vision’s vice-president of leisure says that now “we just give advice.”
“You know that cliché, we cut through the clutter – we really do. We have to continually differentiate ourselves from the Internet. We have to surprise the client continually and make them feel special,” she said.
In this respect, she said that the world has split into two and the online world is “not the world that Vision Travel plays in.”
“We really see ourselves as luxury advisors,” Sinclair continued. “Virtuoso affiliation has meant the world to us and has changed our advisors again and has taught us new selling skills and put us in different brackets of travel – that’s really what’s going on now.”
Another thing that’s happening, Sinclair said “is that the very connected advisors are pumping out $2 million to $3 million in sales, and they have support people working underneath them and they are mentoring those support people. I really see that as the way that it is going. The independent advisor with a team of support around them because the advisor can network and connect with all kinds of great people.”
For Vision that certainly makes a lot of sense, as Sinclair explained that the company doesn’t do a lot of ITCs as “most of our business is FIT – pulling apart an itinerary and putting it back together in a special way for a high-end traveller.”

Let’s get physical, well sort of…
Active travel is another big change that Sinclair cited, telling CTP that “it has taken us by storm,” and she pointed to the fact that at the 2017 Power of Vision conference in Toronto, there were suppliers on hand that wouldn’t have been there a few years ago – companies like Lindblad, Adventure Canada, One Ocean, and others.
Which raises the question of how one defines active travel?
For Sinclair, it’s pretty simple – it’s anybody who wants to go on a holiday and do something. “It could be a cooking class. It could be hiking Kilimanjaro. It could be going to the Antarctic. It could be a walking tour. Anybody that’s going to experience something and feel different when they’re there.”
And she added that: “Most travellers in the 50 years of age and higher demographic want to do something because we can’t sit on a beach any more.” 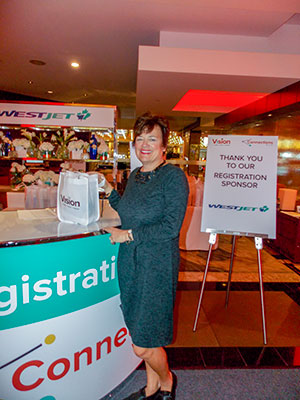 So independent
Vision has also been active itself with its independent travel advisor (ITA) program. A program that Sinclair used to manage for the company and one which has been revved up in the last couple of years.
Sinclair explains: “We always had folks kind of working on contracts and certain things and referring business, but in 2010, we really seriously got into it. As the [number of] advisors grew, we realized they were all across Canada; they needed local managers; they needed to be connected with local sales reps – so running everything out of Toronto wasn’t working.”
The upshot, Sinclair told CTP was that: “We took them and put them into branches – physical branches – so [wherever they are] they’re connected to one of our offices. We [now] have five regional managers taking care of those people, and it’s working exceptionally well.”
And that business, Sinclair said, is growing “by leaps and bounds. It’s a huge part of our growth.”
She said that advisors becoming Vision ITAs are generally those looking for a second career and millennials; before adding that the millennials “are just cracking it.”
“They look at things differently. They’re not afraid of technology. They’re not afraid to go to a person’s home for an appointment. They just look at things completely differently. And they’re all over social media.”
In fact, Vision has created something that it calls Post Beyond which is a central area where instead of having the advisors create Facebook posts or tweets, the company has an area where they can go in and grab a publication on something they want to talk about.
“It could be hiking in Thailand. It could be a Princess Cruise. It could be whatever and then they re-post it,” she said.
Education is another area which Sinclair says advisors are showing a remarkable appetite for these days, which isn’t really such a surprise because today’s advisors “have to be smarter. They have to be one step ahead.”
She continued: “They don’t have to know everything, but I think most of the advisors now are taking kind of the approach that they’re going to be a specialist in one area or another.”
That’s certainly a big change, as Sinclair points out: “When we started, we were all generalists. That’s when we held the books. When we held all the information, we could take a week to get back to somebody to plan a trip to Florida. Now if [you’re] not back to them in five minutes – [you’re] done.”

Any secrets?
As for what the trade needs to know about Vision that they don’t already know, well, Sinclair told CTP the following: “We are very large – one-third of our business is leisure – and we are a huge leisure machine with the best connections with preferred suppliers.”
She continued: “We’ve got the Virtuoso program that takes everybody to the next level, so they make more money. We have a support program that is our secret sauce that is across the country, [and is] open all hours. We have an air desk. Our own in-house consolidator. And we are all exceptionally passionate about what we do – those five managers and myself are on-call 24/7. We have a management team that is very flexible – you can email any of us and we’ll answer you. And we have fun. Every single one of us was a front-line agent at one point in our career – so we get it.”