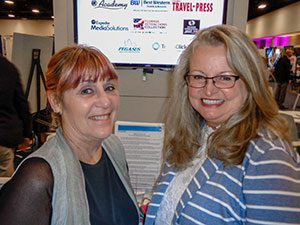 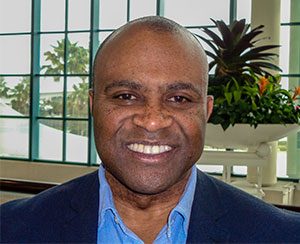 Visit Florida’s brand-new Canadian representative – Pulse Travel Marketing – hit the ground running at the state’s premier international travel show just a scant three days after the contract was inked.
And the Pulse team already had a raft of initiatives in place to boost Canadian visitation to the Sunshine State ready to be shared with sellers and buyers on the first day of Florida Huddle in Fort Lauderdale.
Managing partners Patrice Bell and Annika Klint told market update session delegates that almost 2.7 million Canadians had visited Florida in the first nine months of 2017, building on a rebound that began in the final quarter of the previous year.
And they figured that’s because Canadians have become less disinclined to travel now that the exchange rate differential is no longer a shock, while consumer confidence is up and unemployment is down.
One of their key messages was that demographics remain an important driver of Canadian outbound trip volume. For instance, the proportion of Canadians aged 55 to 64 will rise 4.4% by 2021, while the 65-and-over crowd will be up 15%.
Klint told delegates that Canada’s snowbird market has grown at an average annual rate of 9.8% since 2000 and that the historical data shows that Canadians 65 and over are more likely to visit the United States than other countries.
According to Klint, the priority list of initiatives for the first half of this year have been designed with the emphasis on assisting partners from all elements of the trade grow their Florida market share.
They will include a VIP launch to the market featuring sales missions in Toronto and Montreal, as well as a review of all cooperative marketing initiatives currently in place and committed to with key tour operators, airlines, OTAs, travel agencies, and loyalty programs.
Klint revealed that Pulse will be launching a “What’s new in Florida” travel trade newsletter, a Visit Florida trivia contest with partners, while planning to “highlight and incentivize” the University of Visit Florida educational program.
Meanwhile, Visit Florida CEO Ken Lawson told CTP that his first year on the job had been “amazing,” pointing to the fact that the DMO is fully funded, allowing it to market the state aggressively in order to boost visitation and spread the tourism load throughout Florida.
He noted that the Canadian market has been down over the past 15 quarters, but pledged that Visit Florida would not abandon its most important traveller source.
Lawson pointed out that he has already visited here twice to underscore that “Florida loves Canada” and to talk with key partners about dollar at par programs and the cost benefits of budget-conscious tourists opting to visit the state’s diverse regions beyond the main destinations.
As part of Visit Florida’s “aggressive and cutting-edge” marketing, the Tallahassee-based chief exec said he wanted to go after the “bleisure” segment, pointing out that if each business traveller tacked on one leisure day per trip, it would swell the state’s tourism coffers by $270 million annually.