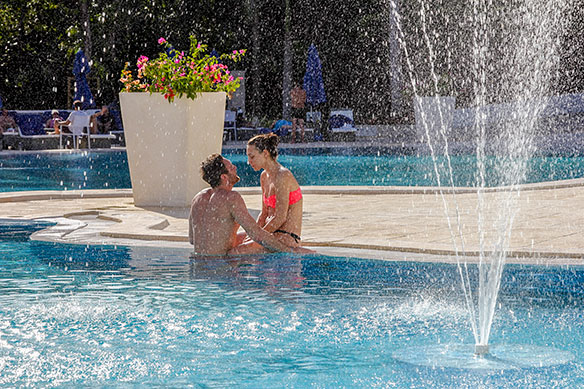 Geri Bain says travel agents who’ve benefited financially by booking destination weddings and honeymoons for clients can benefit once again if their clients remain smitten with one another long after initially tying the knot.

Journalist Bain, who has written for US travel agent publications and other magazines, has co-authored the book The Complete Guide to Vow Renewals, and says those who want to reaffirm their undying devotion to each other are a potentially lucrative market for agents.

The book covers “every aspect of what it takes for couples to create a celebration that they, their family, and their guests will love,” Bain says. “My co-author and I are experts in weddings and travel.”

Co-author Susan Breslow is the author of Destination Weddings For Dummies, while Bain wrote Modern Bride Honeymoons and Weddings Away.

“I see the destination vow renewal market at the stage that destination weddings were 35 years ago, when engaged couples in every economic strata were just starting to recognize the romance and advantages of getting married on a beach or in a tropical garden,” Bain says. “At that time, when speaking at trade conferences, I often advised travel agents to suggest getting married away to couples who came to them for honeymoon planning.

Sandals, Couples and other all-inclusives really put destination weddings on the map when they started offering their guests basic wedding packages at no extra cost.”

Bain and Breslow noticed a growing number of couples renewing their vows – sometimes on their own and other times as part of a group ceremony.

Talking to some of those who underwent the ceremonies led Bain and Breslow to realize that those couples often didn’t put much forethought into their renewals, prompting the two to write the book as a “way to walk couples through every aspect of planning a vow renewal.”

Bain – who has personally taken part in a vow renewal with her husband – says the travel industry is starting to catch on to the potential vow renewals offer. She notes Aruba has an annual group vow renewal that drew over 500 people last year, while AmaWaterways has a new vow renewal promotion.

As well, Bain reports that some all-inclusive resorts and cruise lines are now doing “well over” 100 vow renewals a year with no promotion and usually no specific package for them.

“It’s hard to put a dollar amount on the industry, but if it’s anything like destination weddings, if the industry begins to put the idea of vow renewals in front of clients, the response will be tremendous,” Bain predicts.
Bain says vow renewals can be “wonderfully romantic and positive,” and notes that many celebrities have done so.

“But I don’t think you need to be a celebrity to enjoy the romance of renewing your vows and shining a spotlight on your love,” she adds.

The Complete Guide to Vow Renewals is brand-agnostic, so travel agencies and resorts can order customized covers or versions for clients. Those wishing to do so can reach Bain at [email protected].

Bain’s on the lookout for stories about vow renewals to share on social media and possibly in interviews, so those with a vow renewal story, idea or picture they’d like her to reTweet or share can reach her @vowrenewalinfo on Twitter and yourvowrenewal on Facebook or email her at [email protected].