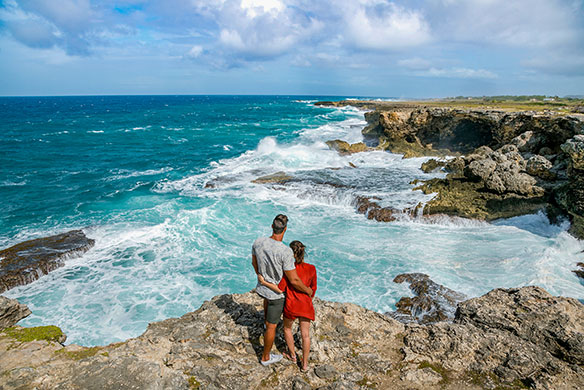 (In the first of a two part interview with Barbados’ Minister of Tourism and International Transport, the Hon. Kerrie Symmonds, the conversation focuses on some of the steps the island’s new government has taken to do tourism differently.)

It’s a bit of an understatement to say that there’s a lot going on in Barbados’ tourism industry these days.

The election of a new government in May of 2018 has certainly signalled that change is blowing across the island, and, by and large, it’s good news insofar as it reflects a commitment to do tourism differently.

That, in brief, was the essence of the message that the island’s Minister of Tourism and International Transport, the Hon. Kerrie Symmonds brought with him when he visited a number of Barbados’ key travel trade partners here in Canada in mid-January. 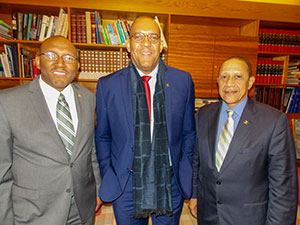 Minister Symmonds – who was accompanied by the CEO of Barbados Tourism Marketing Inc. (BTMI), William Griffith and its director of Canada, Peter Mayers – talked about the impact of the island’s new air travel tax which took effect in October last year; the island’s response and resolution of the public health advisory the Canadian government issued for Barbados in January 2018; plans for a public-private approach to tourism, similar to the one used by Destination Canada and other global tourism marketing organizations; plans for a major, year-long event in 2020; and a whole lot more.

Air today, air tomorrow
“For some years now, Barbados was going off the boil,” Minister Symmonds told Canadian Travel Press. “I think that you would have been aware that we had a public health advisory issued against us by the Canadian government in January 2018. We’ve managed to wrestle that problem to the ground, so I think that it is entirely resolved.”

The Minister explained that when the new government came into office in May of last year: “We found, for the first time, there was a drag on the economy to the extent that even tourism was under-performing – in terms of revenue and so on – so we needed then to take stock of the situation and to substantially upgrade the tourism product beginning with the airport experience. The seaport experience is another one that we’re looking at.”
To improve that airport experience, the Minister explained that the government introduced an air travel tax that took effect in October, and, as a result, made it necessary to sit down and talk with the island’s airline partners.

One of those partners is Air Canada, which has increased its lift to Barbados this winter, and, the Minister noted, those new flights “collide with the need that the Barbados’ government had to implement some fiscal measures that quite reluctantly we’ve had to implement with regard to trying to make sure that we repositioned the Barbados economy.”

He continued: “That tax, coming into effect at the same time Air Canada demonstrated their ongoing commitment to us with increased capacity, you know, obviously a couple of eyebrows were raised, and we thought it was necessary to come and have a sit down, so that we can all be on the same page and give them some reassurances that we understand clearly where we’re going, and it is with the greatest reluctance that we have had to take this route.”

“It was a little bit of a collision, but insofar as the impact of the measures so far are concerned, we all, everybody, looks at travel taxes and says the same thing – you don’t like them because it tends to drive up the cost of the product. It can make the marketing exceptionally difficult because you can pretty much scare off the core of your marketplace.”

However, Minister Symmonds told CTP that: “I think the Barbados’ brand has been able to withstand that, and certainly, if we look at recent numbers, we are performing better than average and, in some cases, better than ever before.”

In this respect, BTMI’s CEO, William Griffith said that in 2017, Barbados welcomed approximately 85,000 Canadian arrivals and that growth was due to the growth in the number of air seats that Air Canada offered to the destination.

Canadian arrivals, said Griffith, “had actually grown almost 20% from 65,000 in 2014, and we’re projecting probably just shy of a 1% or 2% increase for this year (2018 from Canada), so we believe we’ll top that 85,000. So, it has been quite encouraging even in the tough times, and we’re projecting approximately 3% growth for the entire destination from all markets.”

Value for money
Minister Symmonds was also quick to note his awareness of the price-sensitivity of the Canadian marketplace, observing: “I tend to occupy myself in whatever spare time I have, reviewing the consumer price indexes of some of [our] key markets, and I know that Canada’s consumer prices have escalated in recent months.”

And he said: “I don’t want to add insult to injury, but I really felt it was necessary to come and speak to some of the major players in Canada, so that we could give them a reassurance that Barbados will continue to work to be a value-for-money proposition. Whether it is in terms of the hotel accommodation sector or the food & beverage experience or the general attractions, our aim really is to refresh the product in its entirety and to make it more competitive and more of a value for money experience.”

Yet just so there’s no mistake, value-for-money is not about price, in fact Minister Symmonds made it abundantly clear that: “We will never, ever be able to compete on the basis of price in Barbados, so far as the Eastern Caribbean is concerned. If you looked at all of the countries in the Eastern Caribbean, we are perhaps the most easterly, so therefore, we are a little bit further away, so it’s a little bit more expensive to get to Barbados.”

As an example, both the Minister and Griffith pointed to Barbados’ Intimate Hotels which are Barbadian owned; generally boutique hotels; many with less than 60 rooms; provide a very personalized type of service and, as a result, attract guests who stay on the island longer and build personal relationships with the people who work at these properties.

“That type of thing is a very important part of the tourism experience in Barbados,” the Minister said.

Along with Intimate Hotels, Griffith noted that the sharing economy niche is growing, with the Minister noting that an agreement with Airbnb is set to be finalized at the end of January.

Next week: Minister Symmonds talks about the “real influencers” and the island’s plans for a public-private tourism operation. 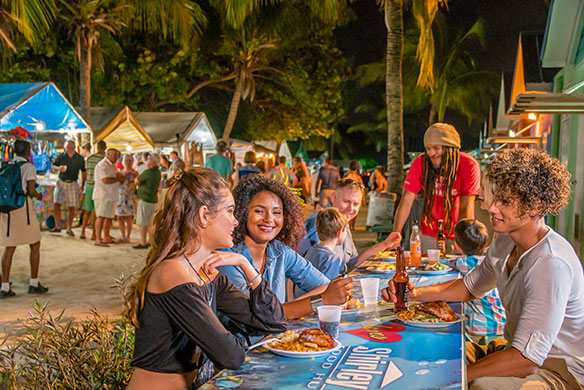