Weakened Lane moves away from Hawai‘i 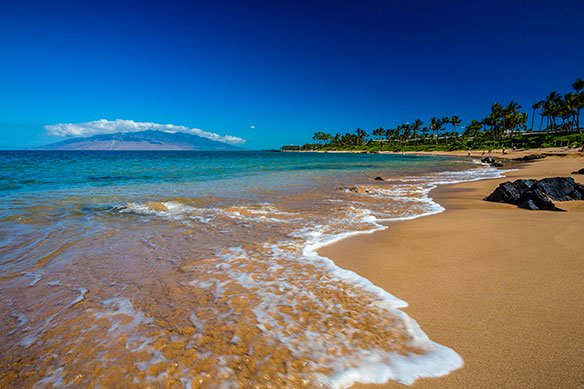 Hawaiian tourism officials were telling those vacationing in Hawai‘i Monday they should continue to be cautious, even as Hurricane Lane weakened dramatically and was moving away from the state.

Tourism authorities were cautioning yesterday that flash flooding continued in some parts of Hawai‘i, along with heavy rain.
However, Sunday morning saw winds from Lane reach no more than 35 mph, well down from last week when winds of up to 150 mph were recorded, and a welcome development for the state which late last week was warning locals and tourists alike to prepare for possible “very strong winds, hazardous surf conditions, torrential rainfall and heavy flooding.”
“While we are very relieved that the extent of the hurricane lessened significantly in the last few days – now identified as a tropical depression – we are advising residents and visitors to be cautious and stay safe as localized flash flooding and heavy rainfall persists,” Braden Rosner, public relations manager for Hawai‘i Tourism Canada, said Monday.
There were an estimated 270,000 tourists on Hawai‘i last week. Authorities were telling them to monitor ongoing safety updates provided by different sources.
Some Hawaiian highways were closed for safety reasons, as Lane neared Hawai‘i and people were being warned not to travel roads if high winds and heavy rain were occurring.
The Hawai‘i Tourism Authority was advising those planning to leave for Hawai‘i at the start of this week or who were already there to contact their airlines, accommodations and activity providers “for information on being prepared and make adjustments to travel plans as needed.”
Air Canada and WestJet were among carriers listed by tourism authorities as being willing to offer travel waivers and flexible flight options to Hawai‘i customers affected by Lane.
Lane also prompted state and national parks to close, although parks were quickly reopening on the weekend.