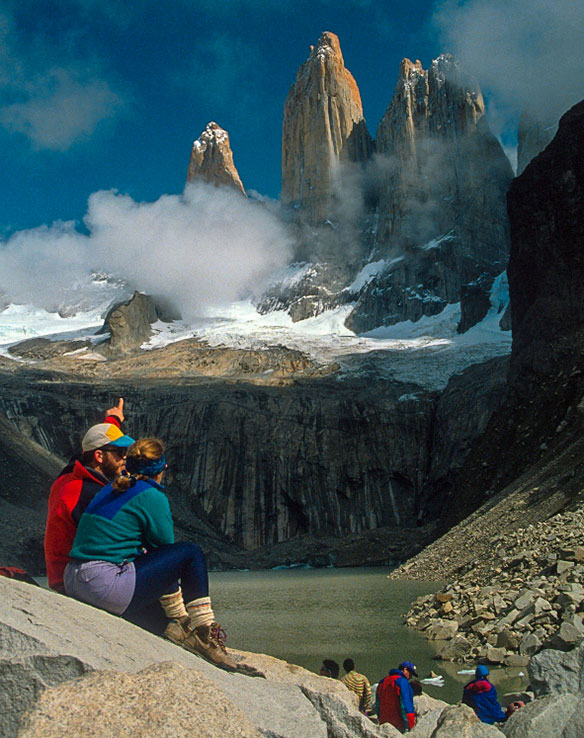 (Photo above: Patagonia is known for its dramatic landscapes.)

Those visiting northern Chile’s Atacama Desert may find themselves feeling a little star-struck.
Travel journalist Joe Yogerst told a Chile Tourism Board reception in Toronto recently that Atacama – considered the driest place on the planet – has spectacular nighttime celestial displays, with “amazing” views of stars available in a part of the world that’s “supposed to be the clearest and cleanest air on the planet.”
But Yogerst said Atacama landscapes are fascinating, regardless of the time of the day.
“If you want to see what Mars is really like without going there, go to Atacama,” he continued. “It’s really an incredible part of the world.”
Yogerst said that Torres del Paine National Park in southern Chile’s Patagonia region is “like something from Lord of the Rings,” with the landscape almost seeming “unearthly.”
The park is home to towering mountains and lakes, and can be explored on foot and by horseback.
Yogerst said visitors will easily be able to see park wildlife, with its animals comfortable around people.
Torres del Paine is home to “some of the best wilderness lodges in the world,” he added.
Yogerst also praised Easter Island, famed for its huge stone monoliths, but which Yogerst said also “has incredible beaches as well.” The coral reefs and tropical fish off its shores provide good diving, he added.
Also earning praise from Yogerst was Santiago, which he said was once “drab,” but which is now a dynamic city.
Chilean wine has received international acclaim, but Yogerst said the country has a flourishing beer scene as well.