When will domestic travel start again? 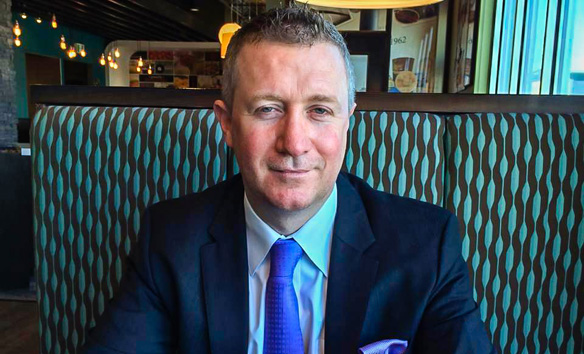 If the Canadian government was looking for any guidelines on how to put the travel and tourism industry in Canada back to work, they might want to consider a new report from Germany’s Kompetenzzentrum Tourismus des Tourismus which represents the first document in tourism that plots a timeline for the return of tourism in Germany based on select factors: politics, economics and science.

The report identifies four phases of COVID-19, which are represented by Shutdown, Loosening, Revival & Normalization.

It should be noted that as of the time of writing, that Germany has already achieved the Loosening phase of the recovery, with some businesses getting opened again and slowly relaxing some of the isolation rules.

Of notable interest would be the fact that this is reflected on the Optimistic scenario on the timeline on the table, with the Loosening occurring right at the end of April, beginning of May.

Based on this study, if Germany were to continue with its successes so far, the Revival phase of the recovery would start at or near the end of June and continue until the end of Q1 in 2021.

The Normalization would then commence in Q2 of 2021 and it is noted by the black diamond on the table that the end of September 2021 would denote the time that the numbers from 2019 have now been recovered.

Of course, there may be obstacles or regressions in their efforts, and their recovery might slip from the optimistic scenario to the realistic scenario, which then puts a full tourism recovery closer to Summer of 2022.

What about Canada, eh?

Although not the phase that anybody would care to contemplate, the Pessimistic scenario pushes back full tourism recovery to October of 2023.

The German government is currently working within the European Union to work on a common policy of tourism recovery that will account for scientific facts balanced with safety of its population and its economic needs.

How does this translate into Canadian scenarios?

We are currently about two weeks behind the Germans in our recovery, but our numbers across Canada are trending the right way and Saskatchewan and Manitoba already laying out the framework of easing restrictions for May 1.

Ontario Premier Doug Ford announced that there is no timeline for easing restrictions before May 31 in Ontario, while Quebec is starting to open schools and daycares in May.

For argument’s sake, June 1 would seem to be the date that applies to our national scenario of easing, or as the Germans defined it, Loosening.

This would mean that rubber tire traffic would be the likely first types of travel, within provinces, or even if all goes well, between provinces as well.

The German model of working and collaborating within the European Union is not necessarily going to happen in our part of the world as our neighbours to the south have a very fragmented approach to containment, with politics interfering on a proper scientific response between federal, state and county governments.

Would Canada realistically open its border with the US without realistic containment across the country? Implementing this too early could cause catastrophic damage to our recovery and our economy and negate all of our efforts to date to contain this domestically.

Our Revival phase could seemingly start by opening up borders to countries such as Germany and other EU nations, China, Taiwan, New Zealand, etc who have had excellent containment since they were first affected by Covid-19.

It may be difficult to envisage Canada entering the Normalization phase of the recovery until the Americans have full containment across the country, as our tourism economy is very dependent on our neighbours to the south.

But hotels, travel agencies, car rental companies, attractions will hopefully start to see the light at the end of the tunnel by this summer, especially based on the German study and timelines.

For an industry that has suffered the greatest economic bloodbath in the history of tourism, this cannot come too soon, and certainly all constituents in travel cannot wait until we leave the Lockdown phase and start on our way to full recovery. 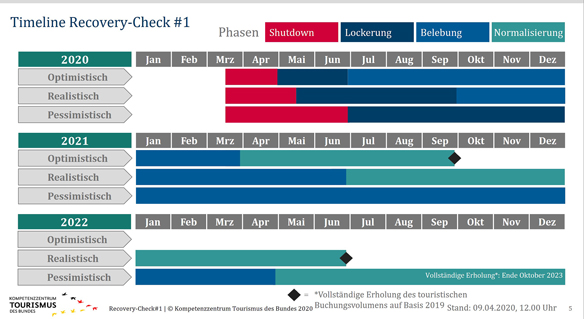