Home › Digital Post › Who’s keeping the Merrithews up at night?

Who’s keeping the Merrithews up at night?

Donald Trump.
That’s who’s keeping Michael and Jason Merrithew up at nights these days.
Now, Mike Merrithew, founder of the Merit Travel Group, can certainly point to a number of other factors, observing: “I mean the positives are that we’ve seen recovery in oil prices and a Canadian economy that is recovering in the West. But there are some concerns. There are some concerns about the spending on the part of our government. There are concerns, perhaps, about the economy slowing a bit. 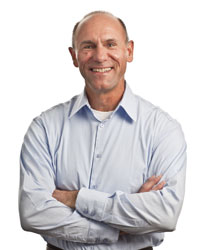 But at the same time, the spending on the part of our government is in infrastructure spending and [that spending is about] investing in the future.”
If there’s a concern here, it’s that “you can’t ignore the fact that our government is spending and running up deficits – they said they would and they are – and money is spent on infrastructure and a whole number of other areas – so that’s both a good and a bad. [But] if interest rates start moving up, those deficits start getting bigger, and ultimately, the possible effect is on taxation, and if taxes go up, then it could have a negative or adverse effect on the economy.”
All of which is concerning, yes, but both Mike and Jason admit that they could probably doze through this, deal with it, as these are issues that the industry has had to deal with before.
More concerning, observes Mike Merrithew is that: “The elephant in the room, if you will, as we all know, is Mr. Trump in the White House and the US and what they’re going to do. I mean it’s not like we don’t know what his position has been with respect to NAFTA, for example – that’s huge for Canada because of its trade with the United States.” 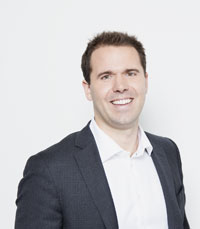 In this respect, Jason Merrithew, president of Merit Travel’s leisure brands, pointed out that NAFTA is a major driver of employment here.
Mike Merrithew agrees with his son, telling CTP that Trump “wants a better deal for the United States. He wants more jobs in the United States. And without even taking specific concrete steps or [introducing] legislation, we’re already seeing it happen.”
And he points to Trump’s influence in the US market where companies like Apple and FoxConn have already announced multi-million dollar investments in the United States.
“Off of a tweet,” both Merrithews noted.
As Merit Travel Group’s founder sees it, people now know that: “He’s damned serious. And it creates huge uncertainty for Canada in our relationship – our trade relationship – with the United States.”
And he told CTP that: “I’m on the Trump Hotels & Resorts Advisory Board. I have met Mr. Trump. I have met the family. People can say what they want about his tweets and his campaign, but I have had some experience with him from a business standpoint, and they’re nothing if they’re not serious business people.”
Merrithew points out that: “[Trump] has surrounded himself with serious business people on the one side and serious military people on the other side because he’s going to make America great again, and he’s going to create jobs in the United States that [until now have been] going to other countries.”
He continued: “I think he completely understands the value of global trade, so it’s not like he’s protectionist. He’s just very committed to ensuring that the greatest country on earth, on the planet and the greatest people on the planet get more than their fair share of the jobs and investment.”
And that, Merrithew said, “is what he’s going to negotiate for, like any business guy would in negotiating any business deal. Now that is completely counter to the way politics have been done since probably the beginning of time. He’s not playing. He’s not playing politics, he’s getting jobs for Ohio – period.”
To that point, Jason Merrithew observed: “He’s made politics a zero sum game. There’s a winner and a loser again.”
And Jason continued: “When I think about the uncertainty, what keeps me up at night is the knock on effects of these America First, Great Britain First policies and how that manifests itself in visa policy with a lot of countries.”
Jason Merrithew notes: “The US State Department has made comments about the Work Exchange Visas in the US, which are a big part for a lot of companies globally that bring a lot of people to the US, looking to see those get cut down. Looking at seeing tourist visas getting harder to get in some countries.”
The problem, as he sees it is that: “As countries start to get more nationalistic, they start to close their doors even to tourists. They make it more difficult for people to travel. And tourism, if nothing [else], is susceptible to the headline risk of news. So, if you get consistently negative headlines about it being challenging to travel in this country, [that it’s] more difficult to get into this country, that has a knock on effect to the broader industry.”
He told CTP that: “Those potential – even discussions of – changes in Visa policy is making it more difficult to travel, I think that unfortunately has a negative impact on the industry as a whole and reverses years of, I would say, progress made [by] the UN and other international bodies to make it easier to travel all over the world.”
Mike Merrithew agrees, saying: “I think we’ve got some uncertainties in the marketplace that go beyond the travel industry and even go beyond our ability to try and forecast the sort of underlying economy in Canada. I think there’s some wild cards there that are going to be very real and perhaps have a very real impact on our industry and on our business.”
But despite these concerns, Merrithew told CTP: “Having said that, I think we have a stronger travel industry today – stronger airlines, stronger hoteliers, stronger distribution, stronger tour operators – than we’ve ever had in the history of the industry.”