Winter is hot for Canadian hotels 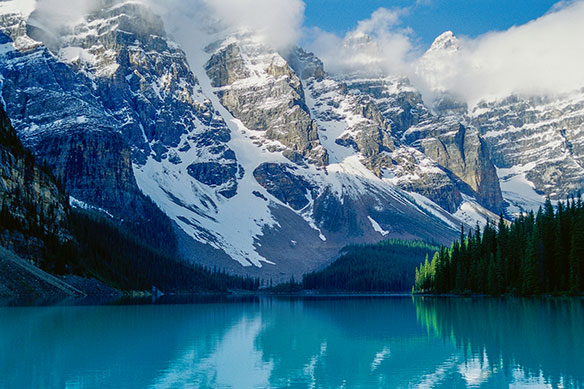 When it comes to what’s visually luring travellers into booking a particular hotel, it turns out the money shot isn’t just of the view, but also the loo.

“Oddly enough, a bathroom photo [is important],” Bonnie Vesterfelt, Expedia’s Toronto area manager tells Canadian Travel Press. “It does really help on an increase in Average Daily Rate, typically, if you have a really good solid bathroom photo, which are sometimes hard to get. Also, with an international traveller too, they love to see the size of the bathroom.”

Vesterfelt, whose market management team at Expedia Group in Toronto works alongside hoteliers to implement revenue management strategies and ensure they have a strong online presence, notes that photos featuring different angles of the rooms and seasonality are also key to driving demand. 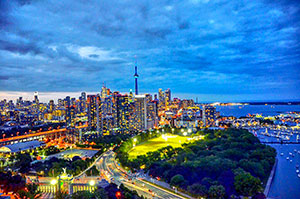 “When we talk about some of the things that could help a hotel with their online presence, it’s making sure their content is up to date, especially for winter travel. If someone is looking for Toronto in February, and you’re showcasing this beautiful summer outdoor pool, the experience isn’t quite right, so you have to look at your content based on the season,” she says. “Don’t just think of it as show me a picture of the bed, show me a picture of the experience I’m going to have when I’m in your guest room.”

Coming off a strong year for travel to Toronto, she says the Average Daily Rate for rooms in Toronto was up nearly 10% for winter 2018 compared to 2017. Notably, there was also an increase of 10% in domestic room night bookings through Expedia during the same period.

“We did see package booking room nights in Toronto up about 20% during the winter of 2018 versus the winter of 2017, which is very interesting,” she adds, pointing out that their packages are either flight and hotel or hotel and car bookings. “And a really interesting stat is Toronto saw about a 20% room night growth in international stays. That’s a lot of package customers coming from other parts of the world, wanting to see what Toronto is all about.”

“Toronto was really put on the map in the last couple of years with some really great demand in the city. Canada 150 obviously was really great, as well,” she says. “So, winter seems like a time of maybe less travel, but it really is a great opportunity for people to come and check out the city. I think Toronto when you think of domestic travel, the exchange rate is another prime example. It’s more expensive to travel to other parts of the world, especially to the US, so I think we see a larger growth of domestic travel.”

Another interesting shift was that the top five points of sales differed slightly over the past two years. In 2017, the top countries were Canada, US, UK, Japan and Australia, while in 2018, it was travellers from Canada, US, UK, Mexico and Brazil who visited Toronto.

“Lifting of the Mexican visas really helped, it’s been a demographic we’ve seen a big increase in production coming into the city, primarily because of that, maybe also the Trump factor. Canada is looked at as a safe country to travel to, so a lot of international customers are looking to Canada as a great destination to visit,” she says. “Toronto is known for its movie scene, but we have great shopping, great food, lots of great things to be able to bring people to Toronto.”

Talking technology
In 2017, Expedia Group invested more than $1.3 billion in technology to make it easier for consumers to search, click and book their trips. For example, hotels now receive real-time feedback from customers, and guests can interact directly with someone at the hotel at the time of booking through live messaging. At the same time, there’s also been a focus on creating user-friendly tools for partners like hoteliers.

“We have some great tools like Partner Central, it’s a one-stop shop for our partners, where they can log on and see how their production is, they can load promotions, see how their content looks, they can respond to guest reviews, it’s really a great tool for them to be able to work closely with us,” she says.

“85% of hoteliers don’t actually use a revenue management tool, so it’s kind of mind-blowing when you think about that,” she says. “It’s really letting them know where their competitors are pricing. Some people will spend one to three hours a day to search competitors’ pricing, to see are they priced correctly, have the hotels increased their price, lowered their price, so this tool at their finger- tips, they don’t have to go searching anymore, and they’re able to make revenue management decisions immediately.” 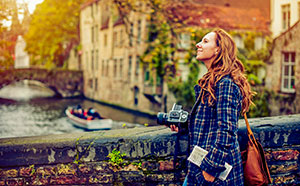 According to Expedia Group, hoteliers who utilized these tools saw an average of 20% increase in revenue. With the ability to update content daily and with helpful insight into boosting their photo score, she encourages hotel partners to update their content at least on a seasonal basis.

Launched in 2017, Expedia also provides hoteliers with access to a customized performance report of the visibility of the property, conversion of customers to bookers, and guest value. Refreshed every 24 hours, the reports compare data against their own performance or their market for any given period.

“This data really helps a hotelier know areas of optimization, how their conversion is, where their customers are coming from,” she says. “If they’ve seen a spike in travellers coming from Mexico, or they’ve seen a decline in travellers from the US, it gives them the ability to say maybe I need to make a decision on trying to get more US travellers or we look at booking windows, so maybe their competitors are doing better in the 30-90 day booking window so that sparks them to say maybe I should put an advance purchase strategy together. It’s really great, for a hotel to be able to take a look and see how their performance is and be able to make some decisions, if they need to on the revenue management strategy.”

Expedia is also delving into voice-enabled technology, which is currently only offered in the US in English.

“We’ve launched Expedia Alexa skill, so you can actually go on Alexa and book travel through Expedia, see where your Expedia points are, it can give you a packing list of what you need, it’s really neat, it’s kind of at your fingertips, which is kind of cool,” she says. “I think that’s the new way of looking to book travel.”

Since launching in Canada in 2010, Expedia TAAP utilizes the inhouse sales and support team to enhance the level of support given to agents.
• TAAP has a sales and support team in Canada.
• Agents can give their clients the same rates they’d find on the consumer facing site, while earning commission. Commissions are paid on Gross Sales versus NET.
• TAAP offers agents a one-stop shop with access to stand-alone hotels, packages, car, and activities/attractions/transfers. 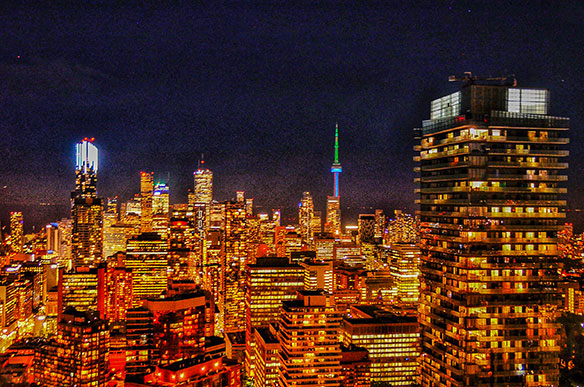