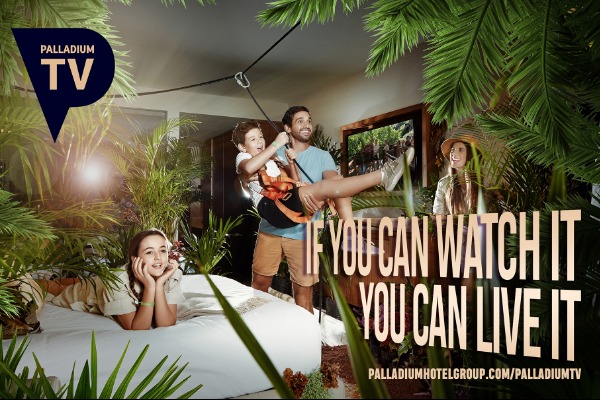 Palladium Hotel Group has launched Palladium TV – a new television channel with exclusive programming to inspire travellers and enable them to continue to explore while they are at home.

The project, which was initially intended for the televisions of the group’s 48 hotels, is now being made available online, completely free of charge and accessible in English from any device via Palladium Hotel Group’s corporate YouTube channel and on the Palladium TV website.

Available for the next three months, Palladium TV will have a wide variety of audio-visual content focusing on life both inside and outside its hotels in the destinations where the group has properties. Through this launch, Palladium Hotel Group aims to accompany viewers in these times of staying at home and, in turn, bring them the experiences that the hotel group offers without having to leave their sofa.

All content can be enjoyed in traditional television mode, with live scheduled programming, or on demand to be enjoyed at any time.

The new television channel will have a wide and diverse content offering, suitable for all ages from children through to grandparents and seniors, those that travel as families, solo travellers, groups of friends or couples.

Go to www.palladiumhotelgroup.com for more.