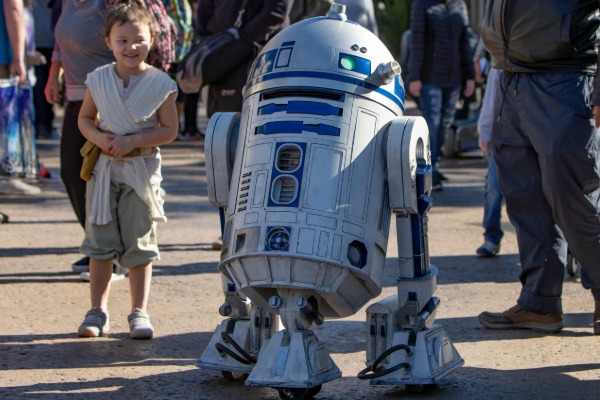 The highly anticipated experience adds to the immersive adventures available to guests inside Star Wars: Galaxy’s Edge, the 14-acre land that opened last May.

As the largest single-themed land expansion in Disney history, Star Wars: Galaxy’s Edge is already proving wildly popular by inviting guests to live their own Star Wars adventures in a galaxy far, far away. They join a climactic battle between the Resistance and the First Order in Star Wars: Rise of the Resistance and take control of the most famous ship in the galaxy aboard Millennium Falcon: Smugglers Run. And while exploring this expansive new land, they can sample galactic food and drink, enter an intriguing collection of merchant shops and encounter some of their favourite Star Wars characters, including the resourceful and loyal astromech droid R2-D2.

“Star Wars: Rise of the Resistance is epic, immersive storytelling on a massive scale – and our Imagineers have created an attraction that sets a new bar for theme park experiences,” said Bob Chapek, chairman of Disney Parks, Experiences and Products. “Star Wars: Rise of the Resistance puts guests at the heart of their very own Star Wars adventure, and is the most advanced, action-packed attraction Disney has ever created.”