Newscaster Coleen Christie To Christen Emerald Destiny in May 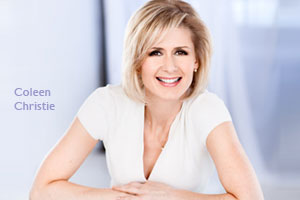 Christie is Canada’s first Emerald Waterways’ godparent and will christen the new ship in Vienna in May.

Born in Halifax and raised in Victoria, B.C., Christie’s career both on and off screen has included working as a news anchor in Vancouver, hosting for the CTV network and working as a producer/creative director in television promotion and marketing.

“We’re thrilled that Coleen Christie has agreed to be the Destiny’s godmother,” says Lisa Norton, vice-president of brand management for Emerald Waterways North America. “Canada is a strong market for us, and Christie’s impeccable reputation as a newscaster along with dedication to charitable work makes her an excellent fit for our brand.”

The fifth in the Emerald Waterways’ Star Ship fleet, the 186-guest Emerald Destiny features indoor balconies in most cabins, complete with decked area and an open-air system as well as a swimming pool and cinema on the ship’s aft. It is one of three Emerald Star ships to be launched this year, bringing the total fleet to seven.

Emerald Liberté, which will sail the Saône & Rhône rivers in France,will launch in April. The Liberté can host 138 guests and offers all the same amenities as the Destiny, including the swimming pool and cinema. Emerald Radiance, which carries 112 passengers, will offer an intimate way to traverse Portugal’s Douro River and will launch in May.