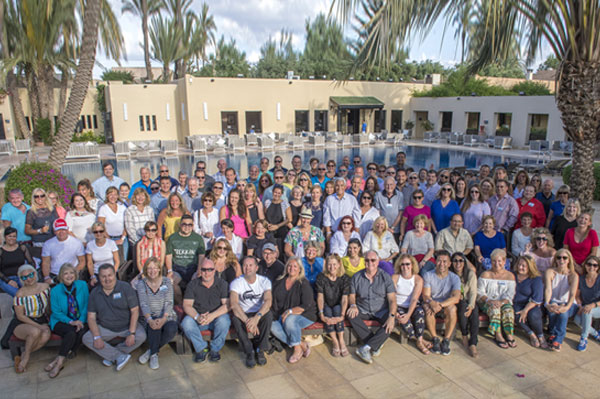 The annual event, which recognizes the organization’s top-producing members in the U.S. and Canada based on Ensemble preferred supplier sales in 2017, featured a number of customized sight-seeing, culinary, and shopping excursions exclusively created by Club Med for this special audience in concert with Ensemble’s newest partners – Sahara Experience and Morocco National Tourist Office.

Said Rice: “2017 was a banner year for Ensemble and we congratulate our Ensemble Elite members for leading us down the path to record profits for many of our agencies. And 2018 looks just as promising with members reporting bookings up significantly across all products. It’s certainly a great way to close out our 50th anniversary year.”

The Ensemble Elite itinerary was specifically selected to fully immerse members into the property and destination that’s increasingly seen on many travelers’ bucket lists. Ensemble top producers’ guest quarters for the week were in Le Riad, a luxurious private enclave within the Club Med Marrakech La Palmeraie grounds, which drew high marks from members.