But Agents Warn Clients To Be Aware Of Surroundings 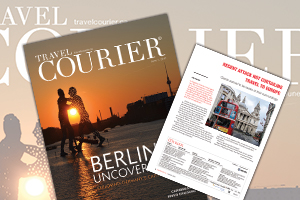 A longtime Toronto travel agent says his travel agency continues to see strong interest in travel to Europe in the wake of the devastating Manchester bombing, with travellers possibly deciding to book Europe trips as a show of defiance to those who carried out the attack and their sympathizers, reports Ian Stalker in this week’s digital edition of Travel Courier.

At least 22 concert-goers were killed by a suicide bomber who may have been operating with other Islamic extremists. A number of Manchester residents were detained by police after ongoing raids after the attack and British authorities were asking the public to be vigilant.

The bombing was the latest in a series of attacks by Islamic extremists that have plagued parts of Europe in recent years.

The deadly concert attack in Paris over a year ago put a damper on that city’s tourist trade for the better part of a year.

But David Pierce of Toronto’s Collacutt Travel says Europe is drawing strong interest from his agency’s clients this year, with any concerns that people will avoid it because of security concerns so far being unfounded.

“It seems to be the opposite effect of what the terrorists are expecting,” he told Travel Courier. “It’s almost a push back from clients.

“This is a good season [for Europe].”