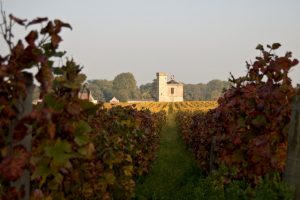 Time is running out, but agents have until Aug. 29 to take advantage of some special fall offers being made by European Waterways, including up to 20% off for cabins and whole boat charters.

The specials apply to some of its most popular vessels, including hotel barges that cruise France’s famous wine-making regions during the annual grape harvest season. These include L’Impressionniste in Burgundy, Anjodi on the Canal du Midi and Panache in Alsace & Lorraine. Cruises must be booked by Aug. 29 to be eligible.

France’s Vendange – or grape harvest– starts as early as August and often goes as late as October and even November.

“The Vendange is not simply about harvesting grapes in France, but a time of great public celebrations and joyful family gatherings,” said Derek Banks, managing director for European Waterways. “If you want to get to know the soul of the French people, visiting during grape harvest is a great time to go.”

Among hotel barges offering 20% off on select departures is the 12-passenger L’Impressionniste, which cruises France’s Burgundy region.

European Waterways’ eight-passenger Anjodi was especially designed to navigate the historic Canal du Midi, a UNESCO World Heritage Site in another important wine-growing region, Languedoc-Roussillon. In addition to excursions and wine tastings at prominent vineyards, the route includes a visit to the hilltop village of Minerve, considered to be “the quintessential medieval village.”

The 12-passenger Panache features panoramic windows in the saloon that offer the perfect view of the lush French countryside in the Alsace & Lorraine region. Guests will explore the famous Route des Vins d’Alsace (Alsace Wine Route), called one of France’s “most evocative drive” by Lonely Planet.