Experiencing The Wonders Of Dresden 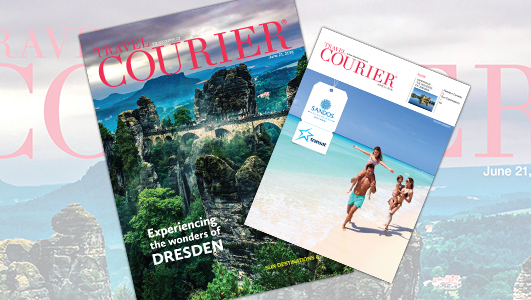 While Dresden is steeped in tradition, it is constantly evolving and reinventing itself. Here we uncover some of the many reasons why the German city may be a good fit for clients, writes assistant editor, Ann Ruppenstein in this week’s Travel Courier cover story.

Standing on the cobblestoned streets of Dresden, it’s easy to see why the massive dome of the Frauenkirche is one of the city’s most famous landmarks, even though it went 60 years without being part of its iconic skyline.

Destroyed most recently when the gutted ruins of the church collapsed following bombings in the Second World War, the reconstructed Frauenkirche (Church of Our Lady) is intricately linked to the reunification of Germany, and is now recognized as a symbol of unity and peace.

Through donations from 600,000 people from around the world, including citizens of Poland, Austria, Switzerland, France, and Czech Republic, the baroque style church reopened in 2005 and has since received millions of visitors.

For Reverend Sebastian Feydt, it’s a prime example of civic engagement, and “what’s possible when citizens take matters in their own hands.” Since the reconstruction incorporated original blackened stones into the design, he believes it also serves as a tribute to the past.

“The old dark stones on the outside keep memories alive and the new light stones build a bridge to the future,” he says.

The city itself is a blend of old and new, as the capital of the eastern German state of Saxony experienced remarkable growth and renaissance since the fall of the Berlin Wall.

While other historic buildings such as the Zwinger palace and Semper Opera House were previously rebuilt to match their former glory after the war, other sections paved the way for complexes built in the Socialist Modern style.

Today the city, which is located along the River Elbe near the Czech Republic border, is a cultural hub, and hopes to earn the title of European Capital of Culture 2025.

With 4.43 million overnight stays, Dresden currently ranks among the top city travel destinations in Germany and one of the magical cities of Germany.

“It is today a city that simply has to be seen on a trip to Germany,” says Dirk Hilbert, the mayor of Dresden. “A city which reflects German history in a fascinating way.”