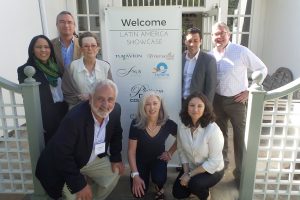 Dallyce Macas, Canadian representative for explora, told a Toronto audience yesterday (June 14) at an event promoting different parts of Latin America that the upscale lodge in Peru’s Sacred Valley – found between the storied Inca retreat of Machu Picchu and the city of Cusco, capital of the Inca empire – offers excursions to the likes of Inca sites and “then at night you’re sleeping in Frette linens and drinking exquisite wine.”

The lodge, Chile-based explora’s debut in Peru, is actually some 800 metres lower than Cusco enabling people to better acclimatize to the lofty Andean environment, she continued.

explora has lodges in several parts of Chile, including Easter Island, famed for its many massive stone monoliths, which Macas said make the island an “outdoor museum.”