Home › Airlines › On The Road In Korea with Air Canada

On The Road In Korea with Air Canada Between Air Canada and Air Canada rouge, the flight marked the airline’s 10th new international route launched in one month across four continents.

“It’s going to be a daily service, year-round from Toronto to Incheon because we’re seeing a huge demand from Eastern Canada and Toronto to Korea,” Rocky Lo, director, business development – Asia at Air Canada told PressToday’s Ann Ruppenstein, who’s on location in Seoul.

“This summer, Air Canada offers over 180 weekly flights between Canada and Asia-Pacific – the most flights to Asia from Canada – and year over year we have a double-digit capacity growth. Asia is a very important market for us because it’s a booming market, especially China, Korea and Japan,” Lo said.

In addition to American-Korean travellers from US cities like Boston, Philadelphia and Washington, Lo says Asian-Canadians are a main focus for the new route.

“We target the VFR traffic – when they go home to let’s say Hong Kong, China or Taiwan, what they do is a stopover in Seoul for a few days before they head to those destinations,” he says. “In Seoul we also have our partner Asiana, who can help us to connect our customers beyond Seoul as well.”

To celebrate the service launch and to recognize the support of travel partners, Air Canada is in the middle of hosting a VIP fam for the trade in partnership with the Korea Tourism Organization.

“We have invited eight different travel agencies across Canada, mostly from Toronto. They’re all owners and CEOs of the travel agencies and they’re all important agency partners to Air Canada,” he says. “Without them we wouldn’t be able to grow at the pace that we’re growing right now.”

From palaces and museums to shopping areas like Myeongdong and attractions like the N Tower, the group has taken in Seoul and is heading to the DMZ tomorrow.

In addition to the Seoul flight, Air Canada increased its Vancouver-Brisbane service to daily and up to five-times weekly, year-round service between Montreal and Lyon, while Air Canada rouge began seven new seasonal flights since May 19, including Toronto and London-Gatwick, Glasgow, Prague, Budapest and Warsaw; Vancouver to Dublin; and Montreal to Casablanca. Since the start of May, Air Canada also launched 11 new trans-border routes to the US: Toronto and Washington-Dulles, Jacksonville, Fla., Portland, Ore., and Salt Lake City; Vancouver and San José, San Diego and Chicago; Montreal and Philadelphia, Denver, and Houston; and Calgary to San Francisco. 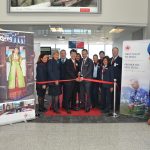 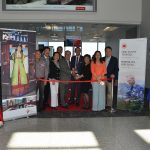 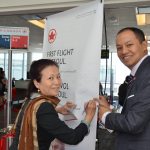 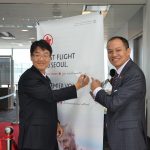 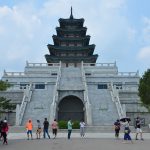 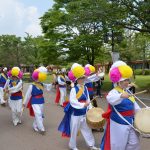 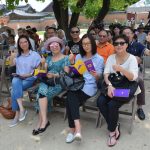 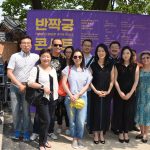 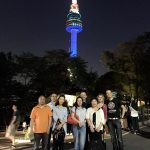 Posted in Airlines, Destinations, News, On The Road Again
Categories