With Their Season Cancelled, BC Eco Operators Find Purpose Cleaning Up 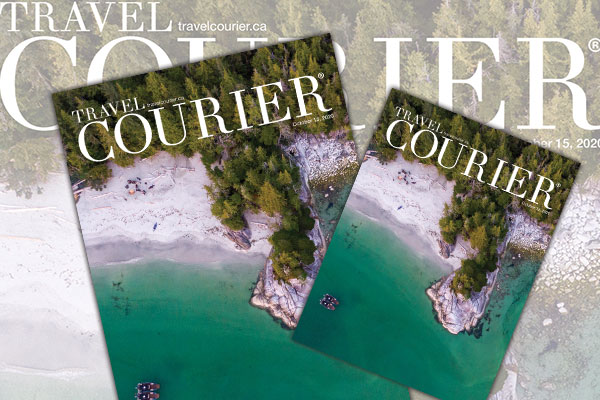 With a storm rolling in calling for rough seas with strong nautical winds and up to six metre swells, eco-tourism operators Kevin Smith and Russell Markel knew they were racing against time to remove the lift bags filled with tons of marine debris their crew and colleagues had collected over the last five weeks off the north coast of BC.

“There’s no way we can be there in those conditions and we were worried that the bags were going to be washed out to sea,” says Markel, the owner of Outer Shores Expeditions, one of five small ship tour operators that made up the Marine Debris Removal Initiative — a shore cleanup expedition focused on the outer coast of The Great Bear Rainforest.

As the sun set on Sept. 21, the helicopter carrying the bags of debris from the designated lift sites to a nearby tug and barge for disposal was grounded for the night due to lack of visibility. Knowing that their ships were scheduled to be at another pick-up site hours away the next morning and they couldn’t be delayed because of the impending storm, the crews sprang into action.

“They started loading these helicopter lift bags that weigh 300 kg into the bow of their Zodiacs so it was just a superhuman effort on the part of all these crews from all these companies and they just went off and got it done,” says Smith. “The mantra became leave no bag behind.”