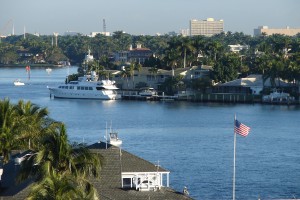 The Sunshine State has set another tourism record – welcoming the highest amount of visitors of any nine months in the state’s history with 85 million visitors.

The average number of direct travel-related jobs in quarter three of 2016 was also a record high, with 1,241,300 Floridians employed in the tourism industry – up 4.1% over the year.

Will Seccombe, president and CEO of VISIT FLORIDA, said that Florida’s tourism industry “has done a tremendous job marketing the state both domestically and internationally during very challenging times. It also shows that we will have to work even harder as a state and an industry to maintain that growth going forward.”