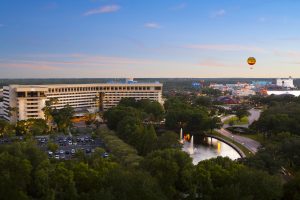 The special offer is designed to line up with special events being conducted at the Walt Disney World Resort, such as Disney Night of Joy at ESPN Wide World of Sports Complex, Mickey’s Not-So-Scary Halloween Party at Magic Kingdom Park, and the Epcot International Food & Wine Festival at Epcot.

The rates also provide the opportunity for guests to take in such other new offerings as Star Wars Launch Bay and Star Wars: A Galactic Spectacular at Disney’s Hollywood Studios; Frozen Ever After and Soarin’ Around The World at Epcot; Kilimanjaro Safaris for a full day to night experience at Disney’s Animal Kingdom; and Mickey’s Royal Friendship Faire stage show at Magic Kingdom Park.

As a bonus, guests at these hotels also receive the “2016 Disney Springs Passport” booklet that features exclusive discounts and specials from Disney Springs merchants on entertainment, shopping and dining.