Home › Destinations › It’s All About The Rewards

It’s All About The Rewards 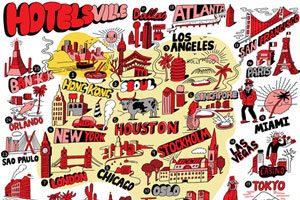 Hotels.com reports that when it comes to snapping up a free night away from home, Hong Kong travellers are the world’s savviest.

The Hotels.com Rewards program – which allows travellers to collect 10 nights and get one free – has hit 25 million members in 2016, the same year as the company celebrates its 25th birthday.

And to mark the occasion, it has taken a look back at the millions of free nights redeemed, to uncover who are the world’s savviest travellers.

Holiday lovers based in Hong Kong, Seoul and Los Angeles topped the list, with New Yorkers coming in fourth and Texans from Houston completing the top five savviest cities list.

With a free hotel night up for grabs, more than one in eight travellers globally booked up their hotel stay the very same day and usually opted for a 4-star property.

A third booked up their beds on their smartphone – a growing trend for today’s on-the-go travellers.
The top five destinations where all global travellers visited were the tourist hubs of New York, Las Vegas, London, Paris and San Francisco.

And when it came to the hotels themselves, the draw of spending a free night in a five star abode on the Las Vegas strip was impossible to resist.