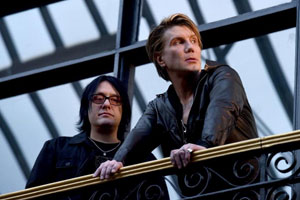 The band will be joining, Jah Cure, Mavado and Shabba Ranks as well as additional acts to be confirmed in the upcoming months.

“Having such a popular musical group as part of this year’s roster is a testament to the mix of musical genres showcased by our event, which has become a successful platform for driving tourism to our shores during the start of what is typically our low season for visitor arrivals.”

The Goo Goo Dolls have become one of the most globally respected and influential forces in popular music history, selling more than 10 million albums since 1986.

Jah Cure’s most popular album, “The Cure,” dominated the billboard reggae charts for 36 weeks and was nominated for Best Reggae Album at the 2016 Grammy Awards.