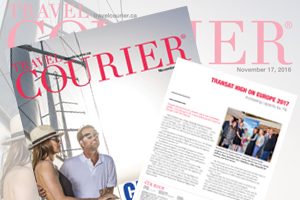 Following the success of CREACTIVE by Cirque du Soleil in Punta Cana – the interactive and immersive playground that lets guests try their hand at different Cirque du Soleil-inspired acrobatic and artistic activities – Club Med is gearing up to bring the concept to a second location, reports Ann Ruppenstein in this week’s digital edition of Travel Courier.

From doing bungee flips to flying through the air on a trapeze, Club Med Opio en Provence in France, which is also undergoing a complete overhaul for summer 2017, will be the second resort to open CREACTIVE since it first launched in June 2015.

“It’s been a huge success story for us,” says Carolyne Doyon, Club Med’s senior vice-president, Canada & Mexico. “We’re looking at deploying it at other resorts as well.”

Since 2004, Doyon says Club Med has been repositioning itself as an upscale brand and continues to expand on its 16 luxury worldwide options found in the Exclusive Collection, which includes villas on stilts in the Maldives, ski chalets in the French Alps and a sailboat to sail the Mediterranean and Caribbean.

The new brochure featuring the collection is now available, while Club Med’s regular brochure will be out in December.

“Club Med has changed a lot over the years. We have become upscale, we have renovated a lot of properties, we have opened new properties and we have also closed some that did follow our strategy, so our travel partners have realized that Club Med is not only just the Caribbean and Mexico, but it’s worldwide, for beach vacations, but also for ski,” she says. “The Exclusive Collection is our finest assets.”