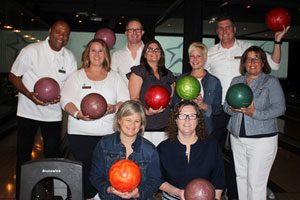 Transat officially unveiled its winter 2017-18 South program yesterday (June 6) – highlighted by two new destinations, Tampa Bay and San Juan – while treating agents and travel industry personnel to lunch and an afternoon of bowling at The Ballroom Bowl in Toronto.

Celebrating its 30th anniversary this year, Transat is increasing capacity from across the country (and especially Western Canada) and continuing its popular “all-in-one” cruise packages (including flights, cruise and transfers out of Tampa with NCL, and the same with Carnival in San Juan), as well as its seaside holidays in Europe.

Transat’s new Sun & Fun brochure, which comes in at a whopping 377 pages, features 36 destinations in Florida, Mexico, the Caribbean, and Central and South America, showcasing some 650 hotels, 45 of which are offered exclusively.

Transat’s collection of hotels are designed to meet every travellers’ needs and sorted by categories such as Luxury, Distinction, Solo, Family and Sun Savvy.

“Travelling is like dreaming wide awake, we want to be able to do everything we want, whether it’s to relax or explore a new destination,” says Annick Guérard, president and general manager of Transat Tours Canada. “So whatever your dream South vacation may be, whether you’re travelling alone or with family, envisioning yourself in a luxurious resort or an intimate hotel, Transat has you covered. In addition, due to the growing popularity of our all-in-one cruise packages launched last year, we are adding two new destinations, Tampa, Florida, and San Juan, Puerto Rico.”

In total, Air Transat is offering 145 routes, nine of which are new, such as Santo Domingo (Dominican Republic) from Montreal, and Punta Cana (Dominican Republic) from Ottawa, Sault Ste Marie and Kelowna. Moreover, more flights have been added to some of the most popular South destinations from several major Canadian cities: Punta Cana, Cancun (Mexico), Managua (Nicaragua), Roatan (Honduras) and Liberia (Costa Rica) from Toronto; Liberia (Costa Rica) and San Salvador (El Salvador) from Montreal; and Los Cabos, Puerto Vallarta and Cancun (Mexico) from Vancouver.

Travellers booking their fall or winter South vacations by June 30 will benefit from a number of advantages, including a reduced deposit of $100, Transat’s Price Drop Guarantee for all-inclusive packages, the option to change their travel dates up to three hours before departure, an upgrade to Option Plus for Luxury and Distinction Collection packages, and a $50 future travel voucher.

Similar Transat launches will be held in Vancouver and Montreal later this week. 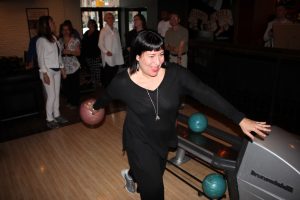 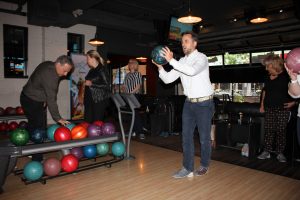