Hit The Rails With Cosmos 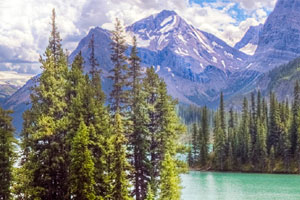 Known for its dollar-stretching motorcoach tours, it may come as a surprise that Cosmos also offer several tours which include travel by train.

For example, Cosmos offers travellers a chance to Experience Alaska with a choice of two itineraries, the 8 day Alaskan Adventure and the 12 day Alaska & The Yukon tours.

Each includes a day trip through the stunning landscape on board the famed Alaska Railroad. Complete with domed-roof car, the train passes through some of Alaska’s pristine, untamed wilderness.

Back in the 1970s, folksinger Arlo Guthrie made a song about a train called the City of New Orleans.

That train is still in service, and with Cosmos you can ride it from Memphis to New Orleans on the Dixieland & Rhythms tour which also includes stops in Chicago, Nashville, Memphis and Graceland, Elvis’ home.

Or how about right here in Canada?

With Cosmos you can explore the Canadian Rockies on a tour from Calgary to Vancouver (including a day in Victoria) which includes travel by VIA Rail’s The Canadian on overnight service from Jasper to Vancouver.

Or for the ultimate Canadian experience, try the Canadian Train Odyssey, 15 days from Toronto to Vancouver including four nights sleeper accommodation on the legendary Canadian, VIA’s premier transcontinental train.

Refurbished art-deco cars from the 1950s and domed observation cars will bring back the glory days of train travel, when you could experience some of Canada’s magnificent scenery at a human pace, in the company of new friends.

For more go to http://www.cosmosvacations.ca .