Hitting The Slopes In Vermont 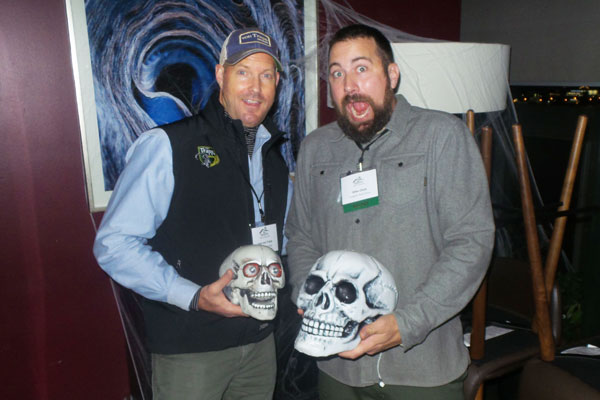 Mike Chait thinks going downhill can be uplifting for toddlers.

“The idea is to get them to fall in love with snowboarding. It’s teaching them to love it,” Chait said during a Thursday Ski Vermont event in Toronto.

“They’re never too young to learn. If they can stand, they can learn that snowboarding is fun.”

Smugglers’ Notch – which bills itself as America’s Family Resort and was named best ski resort in the Eastern US by authoritative US magazine Ski – is 30 miles from the Quebec border, with Chait reporting that the Montreal skyline is visible from two of its three mountains on a clear day. The resort – found a short trip from the picturesque community of Stowe – aims to open by US Thanksgiving and its ski season runs until mid-April.

Chait added visitors will find a host of other activities at the property during winter.

“There’s so much more than snowboarding and skiing,” he said.

Meanwhile, Sam von Trapp, executive vice-president of Stowe’s Trapp Family Lodge, said that property was a pioneer in introducing North Americans to cross-country skiing. It now has 65 km of groomed trails for guests.

The lodge was built by the von Trapp family, whose story was told in the movie The Sound of Music, and Sam von Trapp – grandson of family matriarch Maria von Trapp – said the lodge is happy to tell visitors about the family’s past, “but it’s not kitschy. We don’t overdo it.”

Visitors can actually hear the von Trapp story while getting some exercise in, he continued. “We can tell you about the history while you’re skiing.”

von Trapp also reported that lodge grounds now have a craft brewery sporting the von Trapp name, with visitors able to ski to it once snow covers the ground.

“That’s one of the nice benefits. It’s justifiable drinking,” von Trapp said of those who exercise their way to the facility, which also serves food.

“I think this may be the only place where you can ski world-class trails to a world-class brewery.”

Four of its beers are brewed year-round, four others are seasonal and there are four specialty beers, with von Trapp praising the suds as “healthy beer” that contains “very clean ingredients.”

Those who don’t want to ski back to the lodge from the brewery can ride a shuttle.

von Trapp added that snowshoeing is gaining in popularity.

The event was also told by Ski Vermont spokesman Adam White, who had an eye on looming Halloween, that “the skiing in Vermont is so good that it’s scary.”

Pictured holding some of the Toronto venue’s Halloween décor are von Trapp and Chait, who’s clearly aware that All Saints Eve is near.