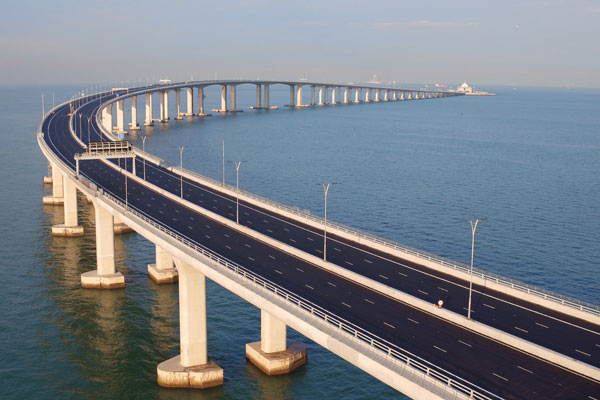 The bridge connects Hong Kong to cities throughout the Greater Bay Area of southern China, bringing the attractions of Macao and Guangdong within easy reach and making Hong Kong a hub for visitors from around the world to explore the fascinating and diverse region.

The bridge is the first major combined road and tunnel sea-crossing in the Greater Bay Area, spanning the sea from an artificial island near Hong Kong International Airport to Macao and the mainland Chinese city of Zhuhai. At 55 km, it is 20 times longer than San Francisco’s Golden Gate Bridge.

It contains enough steel to build 60 Eiffel Towers and is designed to last 120 years, two decades longer than the lifespan of most major cross-sea bridges. The mega-project will become an instant and iconic landmark for Hong Kong and the Greater Bay area and has already been named by the Guardian as one of the architectural Seven Wonders of the Modern World.