Home › Destinations › I Like You Just As You Are 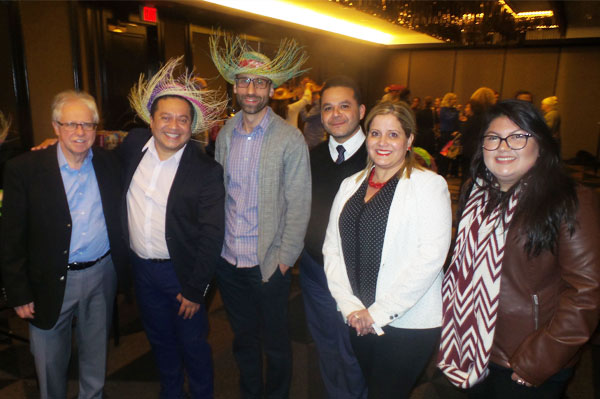 Those vacationing in the Central American country can expect the hot, tropical weather sun-seekers want, and Ana Garcia of the Nicaraguan Tourism Board told a gathering in Toronto earlier this week that Canadian interest in her homeland is soaring, with visitations reaching 62,000 in 2017, up from 35,000 the previous year.

Garcia’s visit coincided with the launch of a new Nicaraguan destination campaign titled, “I Like You Just As You Are.”

“Nicaragua is not looking for massive tourism. We want to keep it as it is,” Garcia said.

Canadian visits to Nicaragua often involve stays at the Barcelo Montelimar, an all-inclusive resort on the country’s Pacific coast offered by Transat.

Transat also offers vacations that divide time between the Barcelo Montelimar and a Barcelo in the Nicaraguan capital of Managua.

“People say Nicaragua is the new Costa Rica and the answer is no,” Garcia’s colleague Marlon Moreno told the same gathering when comparing a bordering country that has capitalized on eco-tourism.

“We have more than ecotourism,” he said of Nicaragua, which has a “rainbow of experiences.”

Moreno said Nicaragua does have many natural attributes, among them some 50 volcanoes and the “second-most important biosphere in the Americas” in a country that has large swathes of jungle.

But Granada – known for its cobblestone streets and Spanish colonial architecture – is “the oldest colonial city in Central America,” he continued.

Unusual Nicaragua experiences can involve “[sand-]surfing on [the slopes] of an active volcano,” Moreno added.

Accommodation options include the “very basic to ultra-luxury,” Moreno reported, adding Britain’s Princess Eugenie got engaged on Nicaragua’s Calala Island, where tourists can spend a week “if you have a million dollars.”

Transat offers direct service to Nicaragua and Aeromexico serves both this country and Managua.

For more on Nicaragua, go to https://www.Visitnicaragua.com.