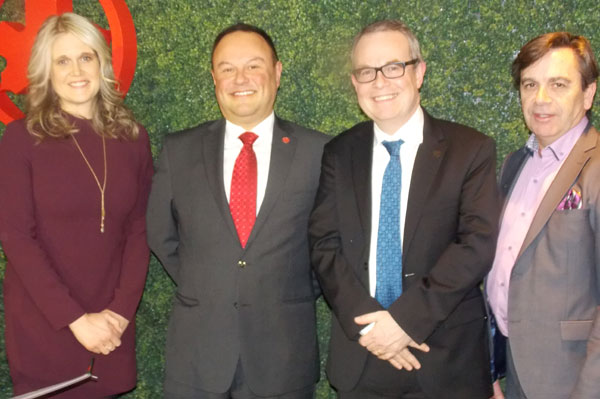 Air Canada’s global sales team – along with officials from Tourism Ireland and Shannon Airport – hosted about 150 tour operators, travel agents and members of the Irish community in Toronto last night to celebrate the carriers new flights to Ireland.

Virgilio Russi, senior director sales, Canada for the airline, welcomed the crowd, telling them that the addition of the Toronto-Shannon and Montreal-Dublin services (which begin in June) will certainly give them “lots of seats to sell.”

Russi added that the new Ireland routes will be the first to feature Air Canada’s new Boeing 737-Max aircraft.

Air Canada has also enhanced the frequency of its Toronto-Dublin non-stops, as well as transitioning the service from Air Canada Rouge to Air Canada mainline. It will also be offering Vancouver-Dublin service as well.

Tourism Ireland’s Dana Welch offered the Toronto travel trade types “100,000 welcomes,” pointing out that Ireland has “never been easier” to visit, considering that Air Canada is now offering 4,800 seats a week to the destination.

Ireland’s Ambassador to Canada, Jim Kelly talked about the close relationship between Ireland and Canada, observing that “it has never been better,” before praising Air Canada for linking the two destinations.