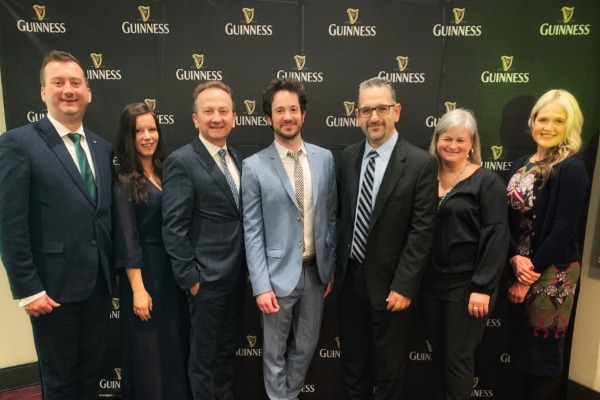 St. Patrick’s Day is still more than a week away, but that didn’t stop nearly 1,000 people from celebrating the 37th annual Ireland Funds St. Patrick’s Day luncheon on Friday (March 6) in Toronto.

“Today, we’re all Irish,” sports anchor Dan O’Toole exclaimed, addressing the crowd gathered at the Metro Toronto Convention Centre for the largest and longest-running The Ireland Funds event in the world.

A total of $29,540 was raised through donations and a silent auction on items like roundtrip business class tickets to Dublin with Aer Lingus or a trip for two to visit Ireland’s Ancient East or soak up the scenery of the Wild Atlantic Way.

The Ireland Funds, Canada’s mission is to raise money to support programs of peace and reconciliation, arts and culture, education and community development in Ireland and Canada. Proceeds from this year’s luncheon will benefit community-level projects, including the Belfast-based 174 Trust. 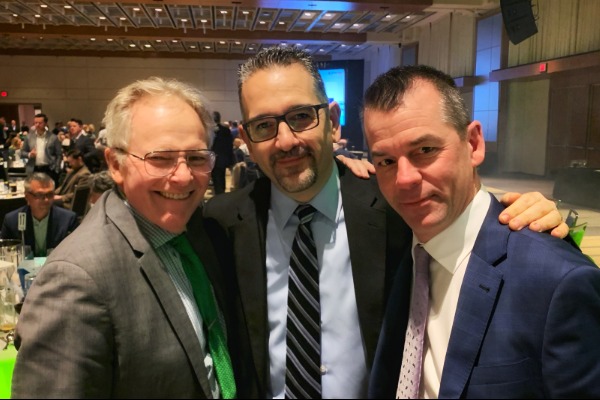 “The Ireland Funds does great work here in Canada as well as in Ireland celebrating cultural communities,” said Dana Welch, Manager, Canada, Tourism Ireland. “It’s a great opportunity to partner with an Irish cultural institution here in Canada and to bring our partners out to get a taste of Irish culture and celebrate St. Patrick’s Day.”

This year’s festivities featured performances by George Maswohl and Greg Hawco of the hit show Come From Away, and a sneak peek of the new show, A Newfoundland Story: Tales and Tunes from The Rock, as well as remarks by Jim Kelly, The Ambassador of Ireland to Canada, and Seamus O’Regan, Minister of Natural Resources.

Diageo — the makers of Guinness — have been key sponsors of the event since 1983, and ensured that there was plenty of beer to be had by all.