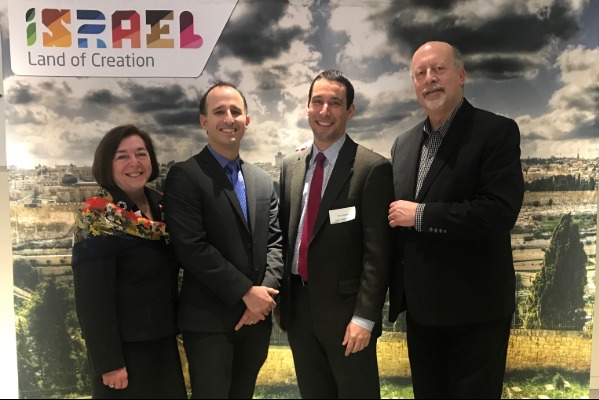 Not to put too fine a point on it, but Israel is on a roll these days. In fact, Eyal Carlin, tourism commissioner for North America for the Israel Ministry of Tourism, is quick to note that the last three years have been very good for the destination overall out of North America and, more specifically, out of the Canadian market; praising the Canadian team of Gal Hana, Jerry Adler and Ellen Melman for their efforts.

Carlin, who was in Canada this week to meet with agents and operators in Toronto, also hinted at a major, new marketing deal with a Canadian tour operator that is expected to be announced shortly – in days, rather that weeks.

That deal, he said, is both a B2B and B2C program that will be rolled out across a range of different media and will become an extension of the Israel Government Tourist Office’s (IGTO) marketing efforts in Canada. So stay tuned, this is a big deal.

On the product side of things, Israel continues to invest in its infrastructure with both Carlin and Hana pointing to a range of new hotel developments planned or coming on line in different locations throughout the country.

As well, Carlin said IGTO is looking at building its presence in the MICE market, as well as targeting adventure and culinary travellers. It has also hosted a number of key travel agent conferences and events in an effort to introduce as many travel agents as possible to what Israel has to offer their clients.

He also pointed out that airlines are showing lots of interest in Israel, noting that by September 2020, Israel will have flights out 11 cities in North America.

For travel agents, Carlin said that IGTO is in the process of creating an agency specialist program, but right now there’s loads of information on its web site – www.israel.travel – that its trade partners can use.

Stay tuned, it’s pretty clear that there’s going to be a lot more from Israel in 2020.

From l to r, are Israel’s Ellen Melman; Gal Hana, director of tourism in Canada for Israel; Eyal Carlin, tourism commissioner for North America for the Israel Ministry of Tourism; and Jerry Adler.