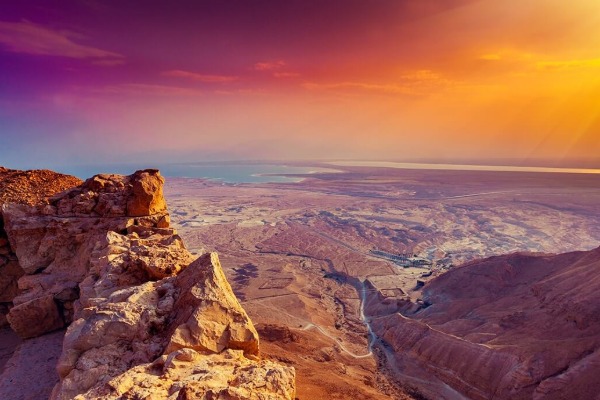 Yariv Levin, Israel’s Minister of Tourism, said of the results: “We couldn’t be more thrilled that 2019 ended with a record high of incoming tourism to Israel that resulted in a NIS 22 billion in revenue. Thanks to the innovative marketing and promotional campaigns, we are happy to report a 10% increase in tourism compared with last year. We’re excited to continue this momentum in 2020.”

To keep up with the increasing numbers of travellers to the country, hotel brands are working to open new properties across the country. Notable openings in 2020 include the renovated Mitzpe Hayamim in the Galilee, Six Senses in the Negev, and the pod hotel, WOM Allenby in Tel Aviv.

In addition, significant transportation updates are being made to allow entries to the country to be smooth and hassle-free. In 2019, Israel opened Ramon Airport in Eilat, announced 3 billion NIS expansion plan of Ben-Gurion Airport and launched new direct flight routes from Las Vegas, San Francisco, Orlando, Dallas and Washington DC. In March 2020, the first direct flight route out of the Midwest United States will launch from Chicago with El Al Airlines.

Amir Halevi, Tourism Ministry Director-General, observed that: “In 2019 we have broken the record for incoming tourism with a record 4.55 million visitors. We are within reach of achieving 5 million tourists and hope that our efforts will push us over the edge in the years to come. The Ministry of Tourism will continue to work with our tourism brands to attract both new and returning travellers to experience all our country has to offer, from the Negev in the south to the Galilee in the north.”

For more, go to https://israel.travel/ .