Home › Destinations › It’s Great To Be In Britain

It’s Great To Be In Britain 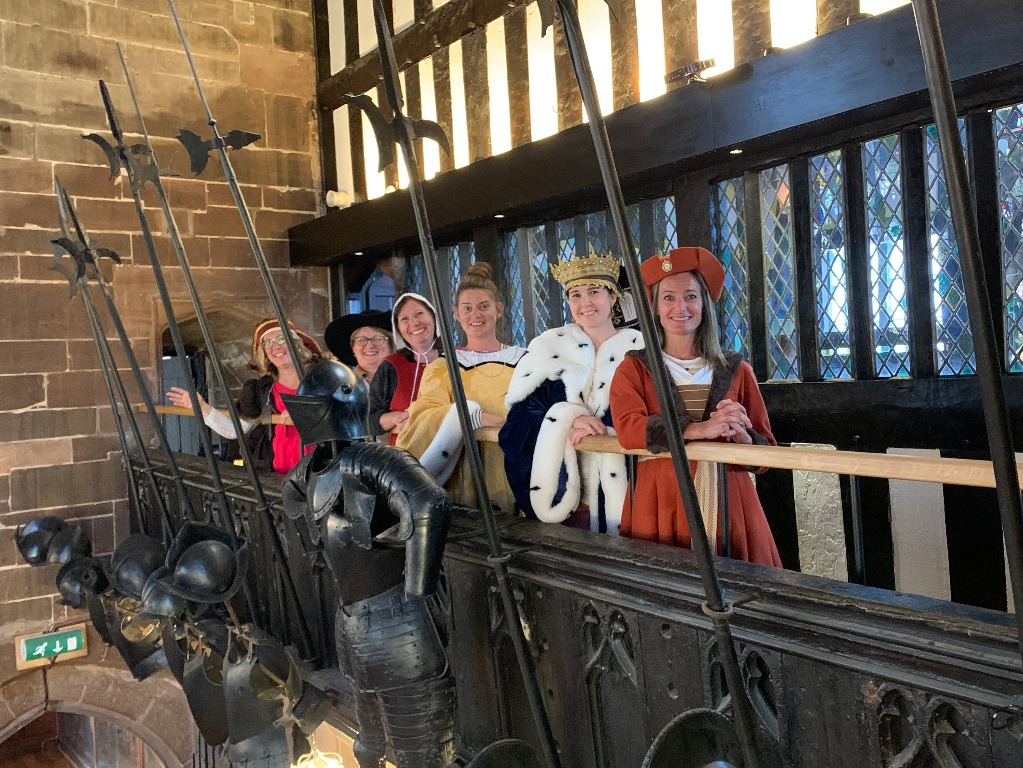 “My message to travel agents is the proximity of everything [in Britain] and the diversity of experiences there are in each area,” Lynda Falcone, Travel Trade Manager – Canada for VisitBritain, tells a small group of travel agents en route to Stratford-upon-Avon, the birthplace of William Shakespeare. “Within an hour and a half radius of each other you’ll see that your clients can travel and have different experiences in each place — and that’s what makes it so good to travel here.” 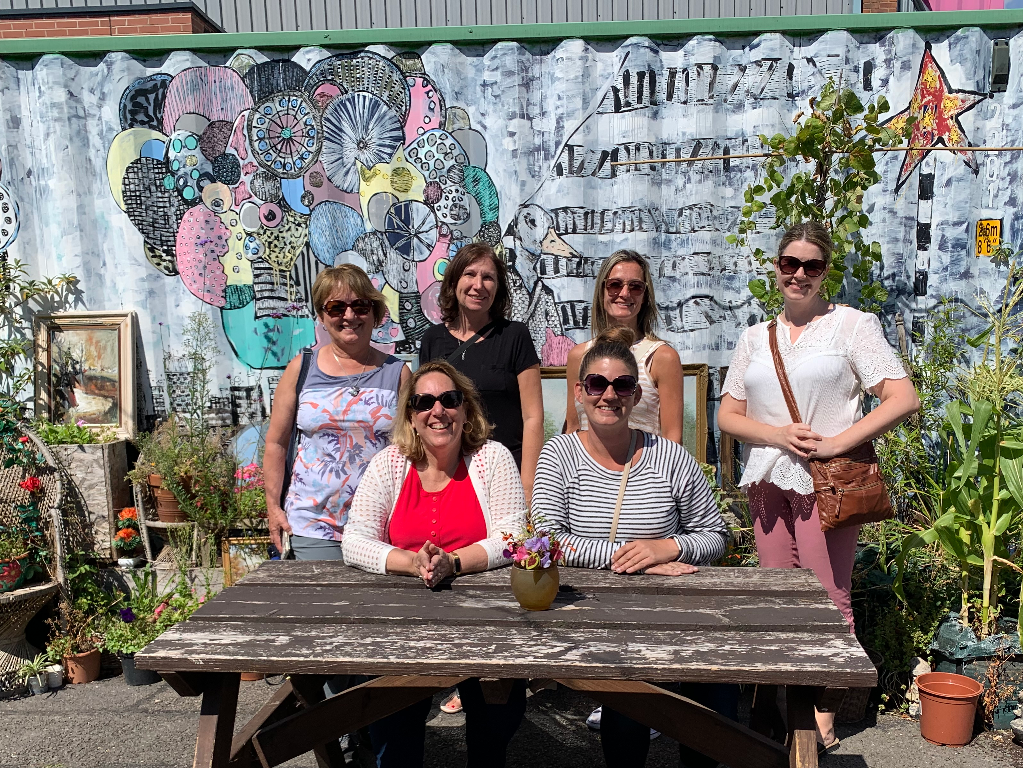 After travelling by train from London to the West Midlands within an hour, top producing TL Network Canada agents have been experiencing this message first hand this week. In Coventry, the group learned about the history of the city; played dress up at St. Mary’s Guildhall and explored Fargo Village, a cool district with independent shops, restaurants and a vegan brewery. 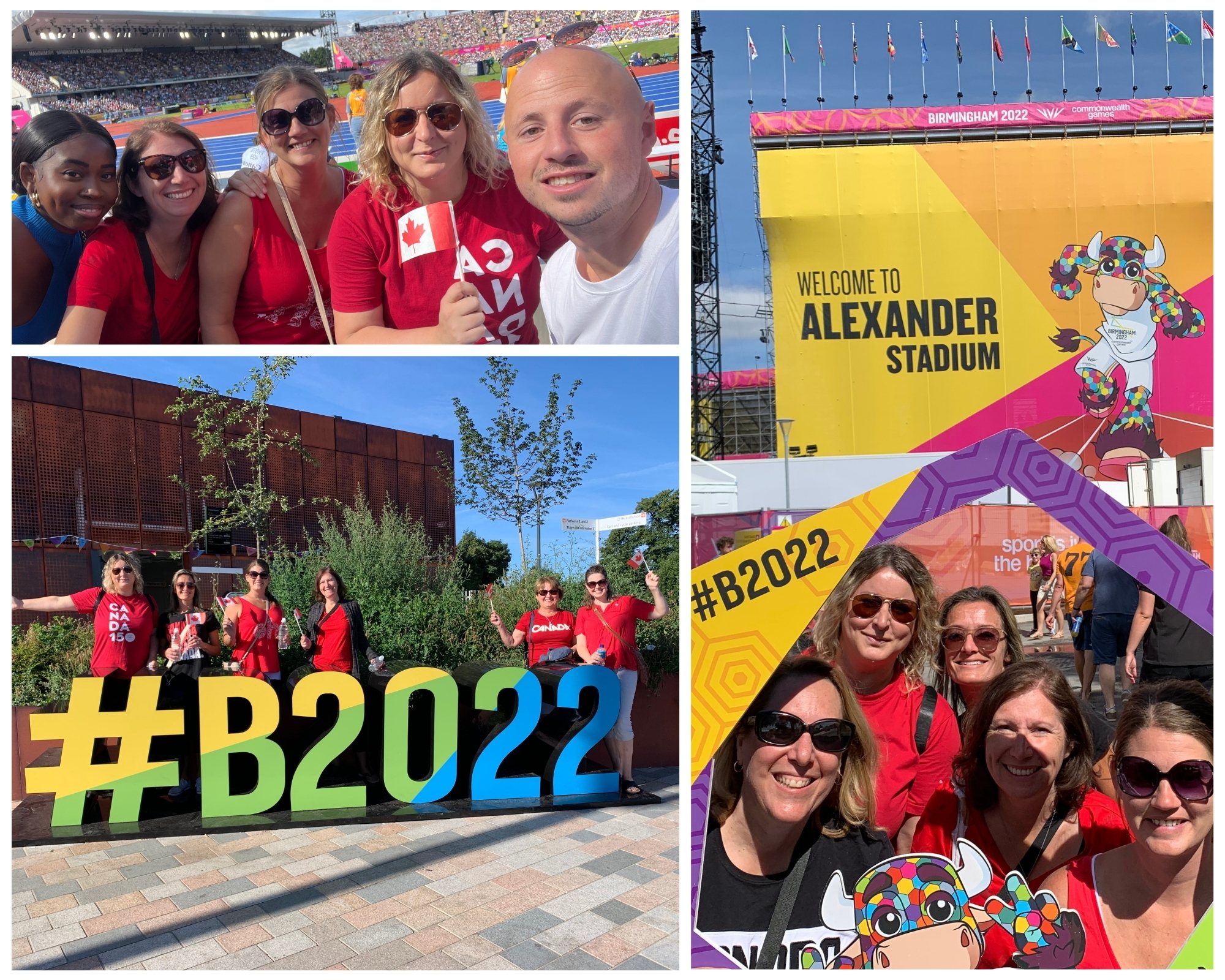 At events for the Commonwealth Games, the trade group witnessed Canadian Evan Dunfee take gold in the men’s 10-kilometre race walk and saw Ozzy Osbourne perform at the closing ceremony. Beyond the games, the travel advisors learned about chocolate making at Cadbury World; sampled beer at Birmingham Brewery, a vegan brewery; devoured homemade pizza at Alicia’s Micro Bakehouse and learned about Balti — a type of curry served in a thin, pressed-steel wok called a balti bowl in Birmingham’s Balti Triangle neighbourhood. 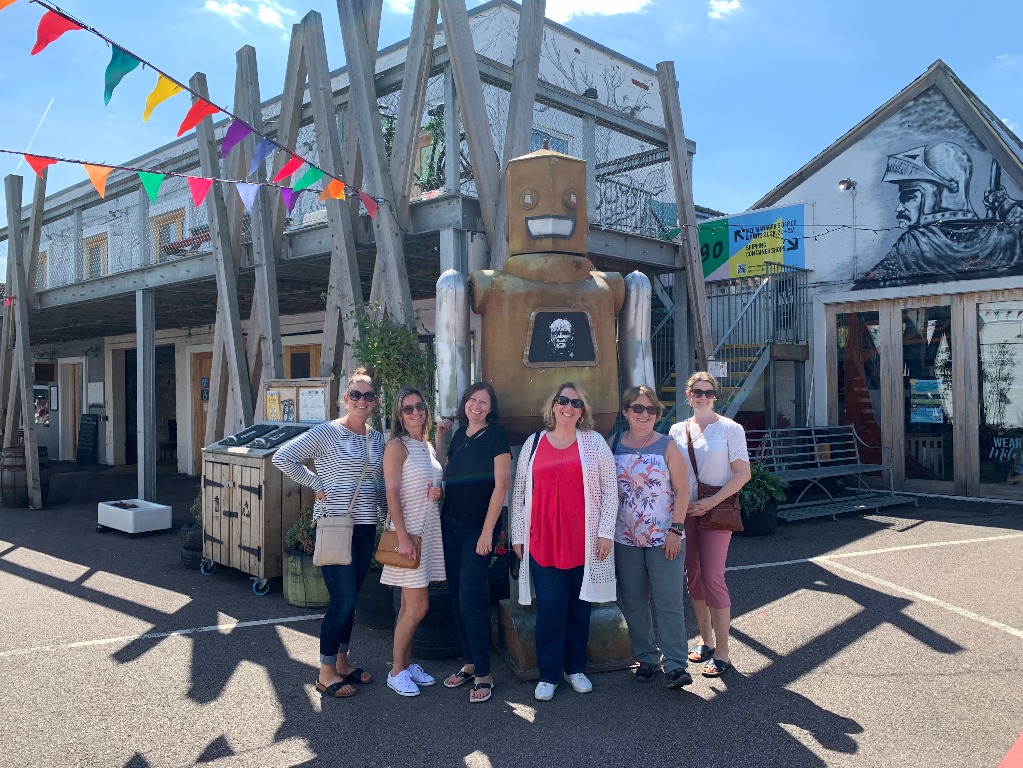 “If you go from London on the train to Edinburgh, it’s four and a half hours. Glasgow is five hours and that’s the max. But meanwhile Liverpool, Manchester are an hour apart. That kind of stuff is a real big message I have,” Falcone adds. “If you go to Liverpool, it’s the home of The Beatles, then you go to Manchester and it’s the home of football, everything has its own theme to it.” 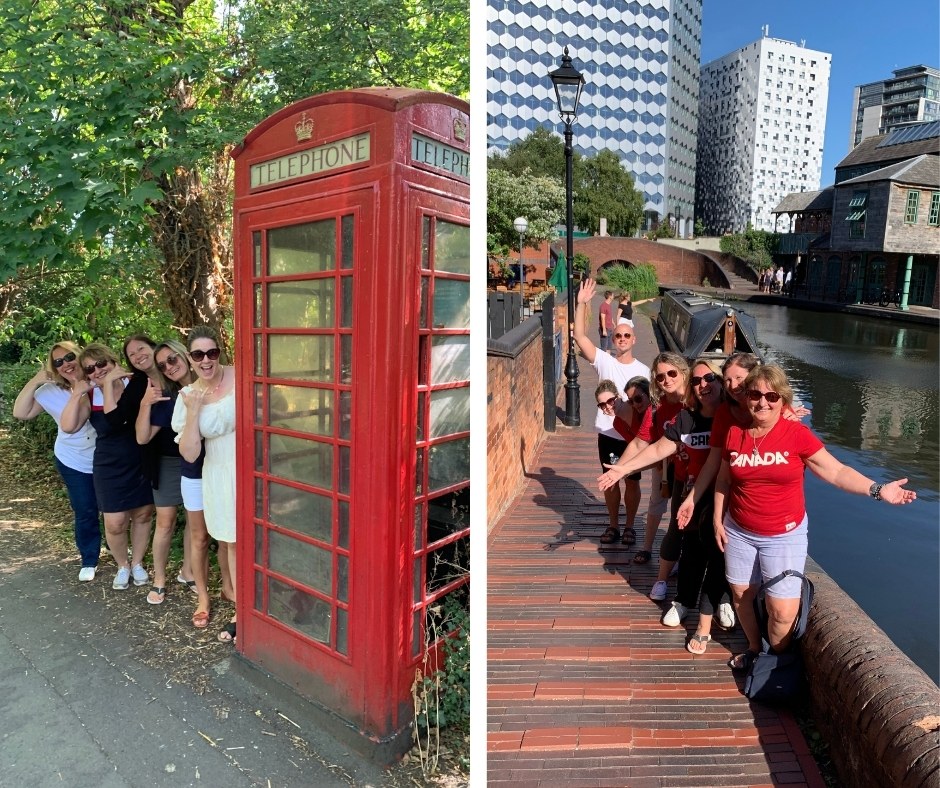 Back in Stratford-upon-Avon, the group embarked on a boat tour on the Avon, saw highlights of the picturesque town on a walking tour and visited Shakespeare’s Birthplace, where the famous author of plays like Macbeth and Romeo & Juliet grew up. 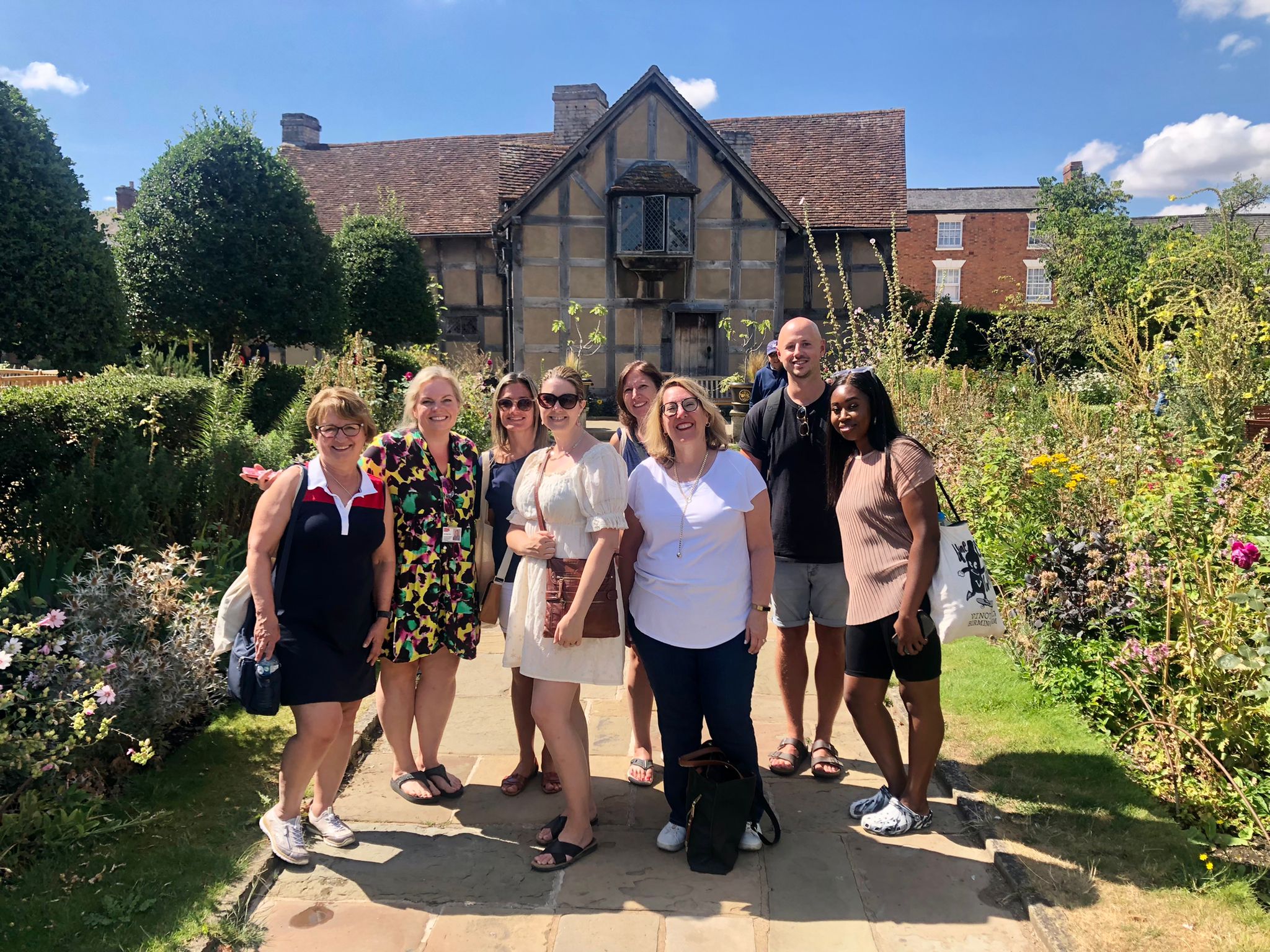 “I’m loving today,” says Anna Aitcheson, Centre Holidays over afternoon tea at the Arden Hotel in Stratford, noting that there’s a good mix of things to do for both couples and families. “Anything educational, I love learning about it, and being able to see it firsthand has been incredible.” 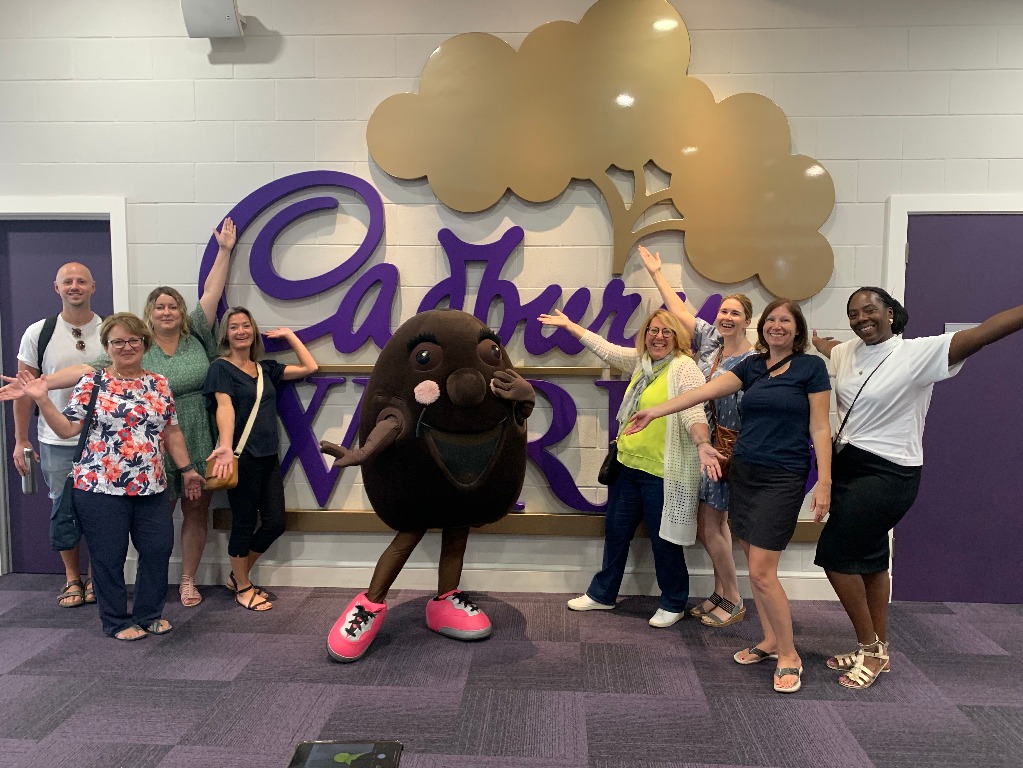 “There’s something for everyone but what’s really stood out to me has been the food. There’s sort of a stereotype about English food, that it’s bland, that’s been totally blasted apart,” adds Joyce Zilinski of Newest Travel. “From the haute cuisine meal at The Londoner to the authentic Balti bowl to the high tea at The Rubens at The Palace, our food has been amazing.”