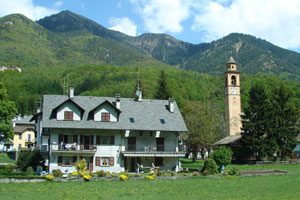 Luxury travel network Virtuoso has unveiled its list of the hottest upscale destinations for this year’s holiday season with Europe and Italy leading the way based on future bookings.

Virtuoso sourced the data from its warehouse of more than $35 billion in transactions to disclose the top destinations for the coming fall and holiday period. Luxury travellers are remaining true to European favourites, while turning their attention to warmer climes as the weather shifts at home. They also are seeking out more exotic locales worldwide, including a boom for African countries.

According to Virtuoso officials, travellers are enjoying lower average daily rates at partner hotels in major European cities. In particular, Paris is down 2% ($1,087), Rome 6% lower ($949), London down 7% ($704) and Barcelona comes in 15% lower than summer rates ($596). London and Barcelona in particular represent great value to travellers this fall and holiday season, as they are respectively 21% and 43% below the average ADR for Virtuoso partner properties in Europe, which is $853. Also noteworthy: Mexico’s appeal as a warm-weather getaway for Canadians and Americans holds fast despite Zika cautions.

Australia and New Zealand are always favoured destinations once the Northern Hemisphere cools. In spite of continued Middle East unrest, Israel’s popularity is undiminished. It is a sought-out destination not only for its religious significance, but also for its history, food, culture and adventure experiences.

Africa also continues to surge in popularity, a continuation of a trend Virtuoso noted for summer travel. With sales up 28% year over year, Africa is the only continent to post such an increase. China has also been trending upwards with luxury travellers over the past few years.