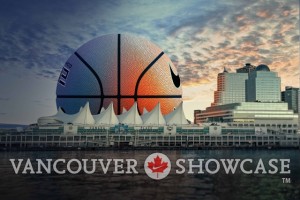 Premier basketball is back in Vancouver.

Local officials, along with US-based bd Global, report that eight men’s and eight women’s basketball teams will descend upon the 2010 Olympic Host City in November 2017 and annually during the American Thanksgiving holiday week. During this week, National Collegiate Athletics Association (NCAA) Division I men’s and women’s basketball tournaments will be played back-to-back under the sails of the Vancouver Convention Centre.

The convention centre’s exhibition space will be transformed into a 3,000-plus seat venue, complete with portable bleachers, portable floor, goals (baskets), and video boards to provide a first-class fan experience at every game.

“Sporting events play an important role in stimulating tourism demand,” said Ty Speer, Tourism Vancouver’s president & CEO. “Growing the number of major annual sporting events taking place in our city is one of Tourism Vancouver’s goals, as well as an outcome of the Tourism Master Plan. We see this as a huge opportunity for developing tourism in Vancouver and are pleased and proud that our city is hosting this exciting event.”

In addition to airlifting in 16 teams annually from across the United States, the event is expected to drive “heads in beds” with fan travel, media, international broadcast production groups and game officials, requiring multiple hotels to be involved as hosts.