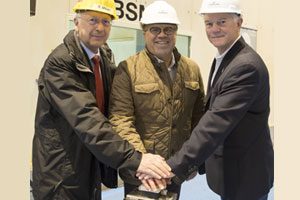 Norwegian Cruise Line (NCL) is celebrating the cutting of the first piece of steel for Norwegian Bliss, the line’s 16th vessel and the first one designed for the ultimate Alaska cruising experience.

Norwegian Cruise Line Holdings and MEYER WERFT executives gathered at the MEYER WERFT Laser Center in Papenburg, Germany on Oct. 28 to mark the ceremonial start of construction of Norwegian Bliss, which is set for delivery in spring 2018 and will be the 12th Norwegian ship built by MEYER WERFT.

Frank Del Rio, president and chief executive officer of Norwegian Cruise Line Holdings Ltd., pressed the start button of the computer-controlled cutting machine, commencing construction. The first plate of steel was cut by a plasma torch and will become part of the first of 81 blocks that will comprise the new vessel.

“As we close in on Norwegian Cruise Line’s 50th anniversary, we are thrilled to celebrate the start of construction for Norwegian Bliss, our latest and most innovative ship yet,” said Del Rio. “Norwegian Bliss will offer the ultimate in Alaska adventures, both on and off the ship, and we look forward to welcoming guests onboard in June 2018.”

The third ship in the line’s Breakaway-Plus class, Norwegian Bliss will be the first cruise ship custom-built with features and amenities for the ultimate Alaska cruise experience and the first NCL ship to make its debut in Seattle. At approximately 167,800 gross tons and accommodating 4,000 guests, Bliss will sail weekly seven-day Alaska cruises each Saturday from Pier 66 in Seattle.

The ship’s itinerary will feature calls in Ketchikan, Juneau, Skagway and Victoria, BC, along with scenic glacier cruising. The ship’s artwork is designed by Wyland, one of the world’s premier marine life artists. Entitled “Cruising with the Whales,” the art prominently features a stunning image of a mother humpback whale and her calf as the centrepiece of the design, signifying the beauty of Alaska and the importance of conservation.

Norwegian Bliss will also come outfitted with exhaust gas scrubbers, which significantly decrease air emissions including the reduction up to 99% of sulfur into the atmosphere, furthering Norwegian’s commitment to protecting the unique ecosystems found throughout Alaska and across the world. 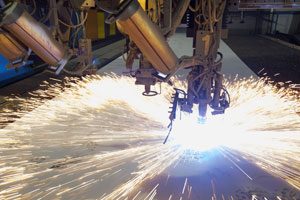