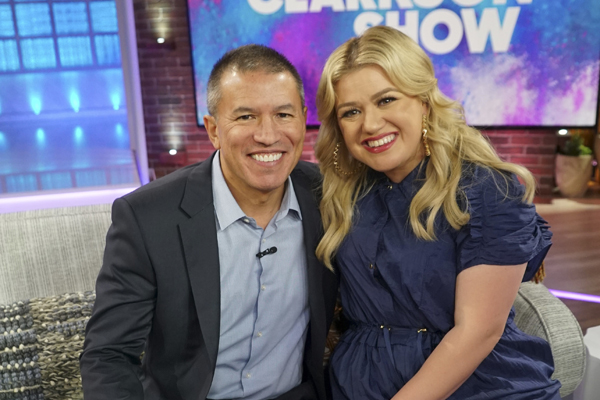 Norwegian Cruise Line has announced that GRAMMY Award-winning artist Kelly Clarkson will serve as the godmother to its newest ship, Norwegian Encore, debuting in Miami in November.

As godmother, she will perform at the christening ceremony in Miami on Nov. 21, as well as fulfill the longstanding maritime tradition of blessing and officially naming Norwegian Encore.

“We knew we wanted someone who represents our core values,” said Stuart. “Kelly is a role model who is passionate about family and community, as well as music and entertainment. These are our passions too. We are honoured to have her join our family of godparents and look forward to celebrating Norwegian Encore’s debut in Miami with her, this November.”

“I am so honoured to be named the godmother to Norwegian Encore, and to get to be a part of such a special ceremony to christen the new ship in Miami,” said Clarkson. “I believe that surrounding yourself with the ones you love and taking time for them is important while having the most amazing and unforgettable vacation, which is what Norwegian Cruise Line stands for and provides for its guests.”

Norwegian Encore will feature the world’s longest race track at sea at 1,100 feet with four high-speed curves extending up to 13 feet over the side of the ship; the largest outdoor laser tag arena at nearly 10,000 square feet with the addition of augmented reality elements; and new immersive escape room and interactive theatre experiences in the 10,000-square-foot Galaxy Pavilion.

Encore will also debut a new elevated Italian dining experience, Onda by Scarpetta, in collaboration with LDV Hospitality. The Tony Award-winning musical “Kinky Boots” will headline the entertainment on board, with returning guest favourites “The Choir of Man,” “Happy Hour Prohibition: The Musical” and the rocking Beatles cover band of The Cavern Club.