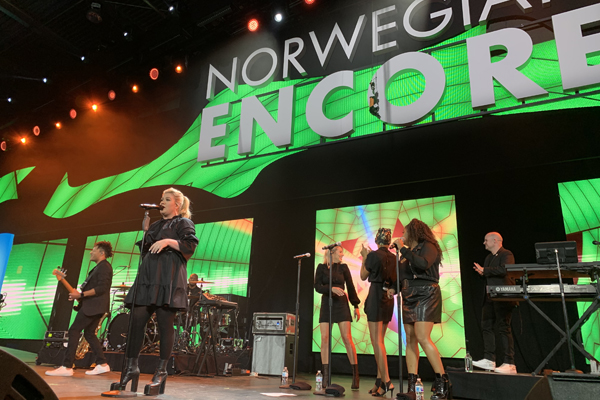 NCL president Andy Stuart, who is leaving the line in December, received a hero’s welcome and delivered the ceremonial Champagne on stage via one of the ship’s electric go-karts.

Stuart described Encore as a milestone for NCL and the result of the hard work of the best team in the industry.

He thanked agent partners for their support, saying, “we simply would not be here without you.”

Incoming president Harry Sommer said Encore is the result of 53 years of innovation. 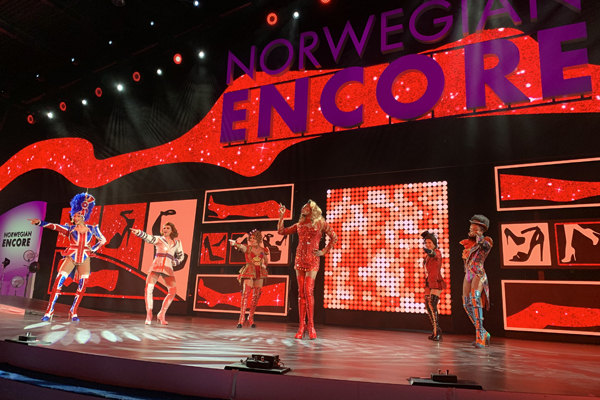 Frank Del Rio, president and chief executive officer of Norwegian Cruise Line Holdings, said: “Norwegian Cruise Line has been sailing from Miami for over 50 years. We were the first to offer weekly cruises to the Caribbean from Miami, which shaped the city’s reputation as the ‘Cruise Capital of the World.’  Five years ago, we launched our history-making Breakaway Plus class and today, we are proud to christen Norwegian Encore, the final ship of this class and a true representation of the evolution of the brand, right here in our hometown of Miami.”

Encore features include the largest racetrack at sea and an open-air laser tag experience.

For more on NCL and the new 4,200-passenger Encore, watch for upcoming issues of Travel Courier and Canadian Travel Press.