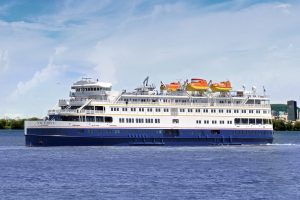 A new Miami-based cruise line is set to begin sailing from Montreal to ports in Canada and on the US Great Lakes July 8, with further plans to sail Florida-Cuba itineraries starting in November.

Victory Cruise Lines Ltd. plans to operate the Victory I on cruises from three to 14 days in length.

“We intend to make our product the standard of excellence for small-ship cruising to the Great Lakes and Cuba, while providing great value for our guests,” said Bruce Nierenberg, president and CEO of Victory Cruise Lines. “The senior management of Victory Cruise Lines has over 100 years of experience operating some of the most successful and loved cruise products.”

According to officials, Victory Cruise Lines will feature high-quality personal service onboard. Shore excursions in port will be included in the cruise fare, along with wine and beer at lunch and dinner.
Victory I’s inaugural cruise to the Great Lakes is slated to depart from Montreal on July 8 and is scheduled to sail in that region through the summer and early fall of 2016 and 2017. 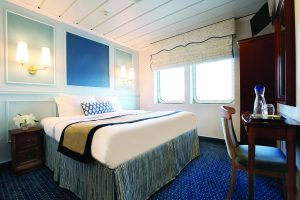