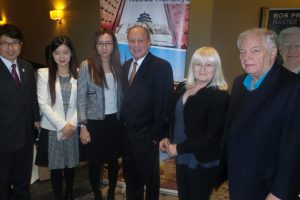 Nexus Holidays is clearly broadening its base.

The company, which began by sending clients to China, now offers a number of Asian destinations, among them Korea, Thailand, India and Vietnam, and also has moved beyond Asia with its Volga River cruise in Russia.

Nexus offers packages, FIT and private travel, and works with the likes of groups, students and those interested in nature and religious travel, she said.

She said her employer also has an independent quality control department that randomly contacts clients and asks them if they’re satisfied with the likes of their guides, meals and vehicles.
She added Nexus sets aside some of the money it earns to help with the likes of schooling in China. “This is a company with a warm heart.”