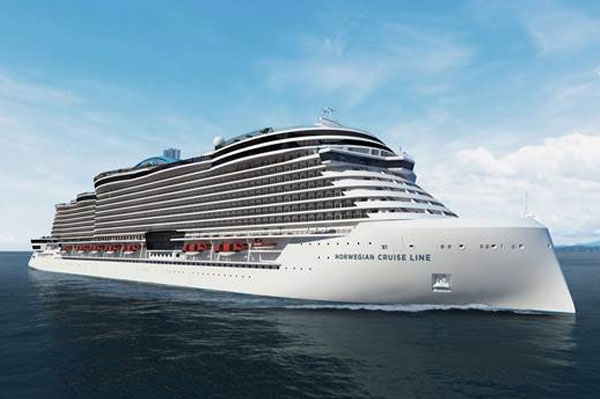 “These orders extend our disciplined and measured newbuild program and strong growth trajectory well into the future and will further drive long-term returns for our shareholders,” said Frank Del Rio, president and chief executive officer of Norwegian Cruise Line Holdings Ltd. “Our six-ship Leonardo Class fleet will allow us to broaden our deployment into strong performing and mature unserved and under-served markets and offer new experiences to our guests.”

At 140,000 gross tons and accommodating approximately 3,300 guests, this next generation class of ships will build upon the successful offering of freedom and flexibility found across Norwegian Cruise Line’s fleet, including the most recent Breakaway Plus Class ships, and feature a host of inventive designs that will further elevate its guest experience. A priority of the prototype design is energy efficiency, with the aim of optimizing fuel consumption and reducing the impact on the environment.

“Following the Breakaway Plus Class, the most successful class in our company’s history, the highly anticipated Leonardo Class will fuel future growth with exciting and innovative offerings that will meaningfully drive demand from new and loyal returning guests alike,” said NCL president Andy Stuart.