Home › Cruise › Norwegian Jewel to Spend Second Season ‘Down Under’

Norwegian Jewel to Spend Second Season ‘Down Under’ 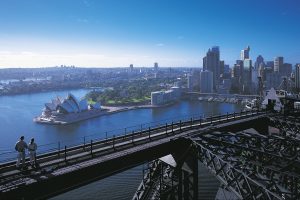 Following an expansive refurbishment, Norwegian Jewel will spend a second season Down Under cruising a series of itineraries taking in the best of Australia, including Melbourne, Cairns, Hobart; and New Zealand, including Milford Sound, Wellington and Tauranga, as well as itineraries to the South Pacific, Southeast Asia, and a transpacific voyage from Vancouver to Tokyo (Yokohama).

In late October 2018, Jewel will undergo a three-week dry-dock enhancement in Singapore as part of the Norwegian Edge multi-million-dollar revitalization program. It will emerge a nearly new ship for its Australian season with bow to stern refreshments and a new look across many of the ship’s public spaces.

Highlights for the new 2018/2019 season include a 19-day transpacific journey from Vancouver to Tokyo (Yokohama) via Alaska and Russia; a 19-day journey to Australia from Singapore with stops in Bali and Komodo Island; a new 13-day South Pacific itinerary and – back by popular demand – a series of sailings in and around Australia and New Zealand homeporting from Sydney, including a seven-day round-trip itinerary featuring calls in Tasmania just before the holidays in mid-December.